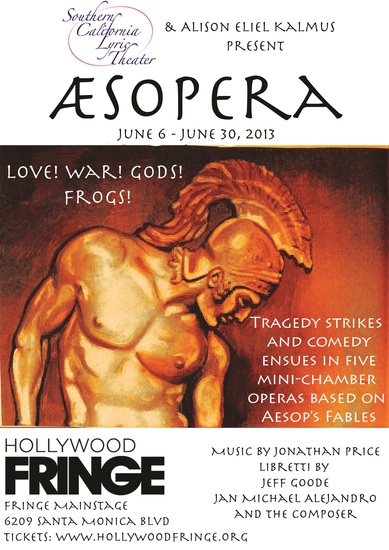 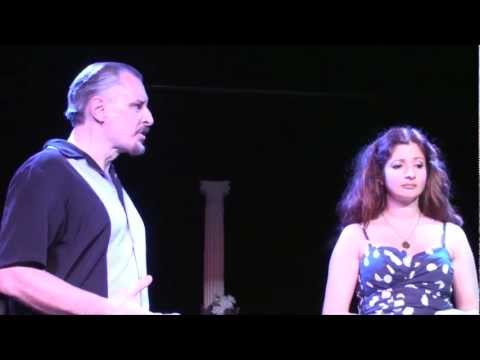 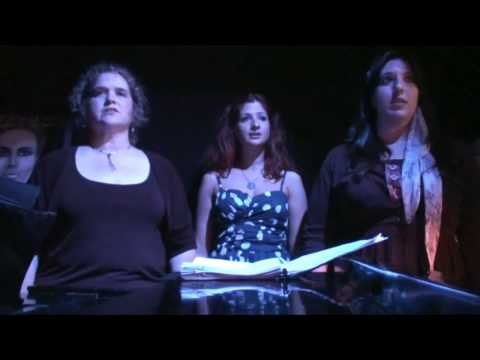 LOS ANGELES (Reuters) – Jordan Riefe
The Hollywood Fringe Festival wraps up this weekend after painting the town with two and a half weeks of outrageous theater, music, spectacle, and monologues. Saturday night’s best bet is “AESOPERA,” (also Sunday @ 1:30pm Ed.)five mini-operas based on Aesops fables sung with a comic twist." http://www.blouinartinfo.com/news/story/922713/weekend-guide-to-the-hollywood-fringe-festival

“Fresh and innovative, this creative rendering of Aesop’s timeless insights is a joyous fusion of operatic traditions, modern situations and everyday lingo.”
—-Singerpreneur

“Aesopera is sure to appeal to opera lovers and novices, of every generation, with its amazing, inspiring lyrics and grand drama.”
—-Tolucan Times

Running Time: 76 minutes
SYNOPSIS:
A poor fisherman is granted three wishes, but that may not be enough for two daughters. A lion sacrifices his claws for love. A queen learns the consequence of absolute power misapplied, an inventor tries to outwit fate, and amphibian voters elect themselves a carnivorous queen! Set in mythic Greece, but touched with a modern flair, these lush and lyrical mini-operas bring the timeless stories to vibrant life.