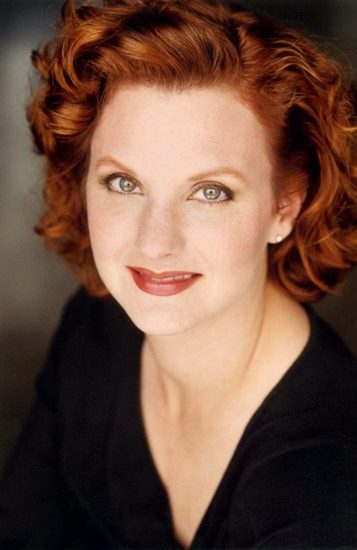 Born into a performing family, Ms. Solomon is a natural in the field of entertainment. She began dance training at five years old and made her professional dramatic debut in Cat on a Hot Tin Roof at the age of ten. After detouring into the Fine Arts and Literature in college, Tania returned to the stage to study opera.

Ms. Solomon was triumphant as Verdi’s Violetta. The Fort Lauderdale Sun-Sentinel beamed: she “grasped the vocal spotlight alternately bringing the character’s personal drama to the fore in such moments as Violetta’s second act farewell.”

You may recognize Ms. Solomon from her recent appearance on Robert Klein’s HBO Comedy Special Unfair and Unbalanced as a soprano soloist in the Finale singing the “Ode to Joy” theme from Beethoven’s 9th Symphony.

In addition to her national television performance, Ms. Solomon is a specialist in Massenet. She received critical acclaim in the tour de force title role of Sapho when she sang it for Operalab at the Chapel of the Chimes in Piedmont and in another sold-out salon performance for Livermore Valley Opera’s salon series. Ms. Solomon also sang the role of Fiamina (the Devil’s wife) in Massenet’s Grisélidis with Willamette Concert Opera performing in Portland, Eugene and Corvallis, Oregon.

Other credits include covering Despina in Così fan Tutte with Opera Santa Barbara, and singing Adele (Die Fledermaus), Gilda (Rigoletto) and Zerlina (Don Giovanni) with the Los Angeles Concert Opera. She was also a soprano soloist in the St. Matthew Passion by Bach with the Camerata of Los Angeles.

Ms. Solomon has sung with the Palm Beach Opera and San Diego Opera Choruses and has been a featured soloist with The Bellflower Symphony and the Cypress Pops Orchestra.

Ms. Solomon was chosen as a Los Angeles District Finalist for the Metropolitan Opera National Council Auditions and is a recipient of the Pasadena Opera Guild Award.