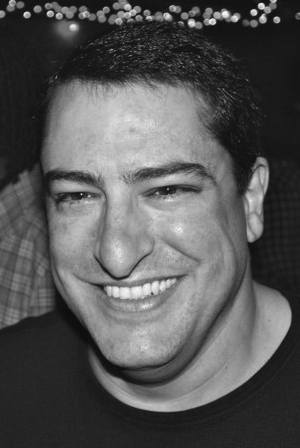 Jonathan Price is an American composer of new opera, musical theatre, film and concert works. His most recent musical EARTHBOUND, produced by SkyPilot Theatre Co. and featuring a book by Adam Hahn and lyrics by Chana Wise, was LA Weekly’s “Pick of the Week”. His film scores include New Line’s CYBER WARS, American World Pictures’ NECROSIS, Showtime’s RUSTIN, and Screen Media’s GIRL MEETS BOY. His opera THE LION & THE WOOD NYMPH was a winner of New Opera Works’ OIAM competition, and his pentaptych opera ÆSOPERA is a recipient of the American Composers Forum Subito grant.

Jonathan’s music for television has been heard on Showtime, The Discovery Channel, TLC, Oxygen, MTV, PAX, PBS, and Fox. With playwright/lyricist Jeff Goode (THE EIGHT: REINDEER MONOLOGUES), he composed the song “The Hubba Hubba Hula” for The Disney Channel’s AMERICAN DRAGON: JAKE LONG as well as the musical MARLEY’S CHRISTMAS, which was a finalist in the Search for New Voices in American Musical Theatre. Their family musical RUMPELSTILTSKIN is published by Samuel French.

His work as a soundtrack producer and synthesist can be heard in AN UNFINISHED LIFE, THE GRUDGE, RUNAWAY JURY, SHADE, THE CORE, THE COUNTRY BEARS, THE SHIPPING NEWS, and BANDITS.

He is currently writing the book and composing the music to the musical THE ISLAND, featuring lyrics by Chana Wise, to be premiered by SkyPilot Theatre Co. July 2013. He is also composing the holiday opera THE CHRISTMAS OGRE with librettist Jeff Goode.