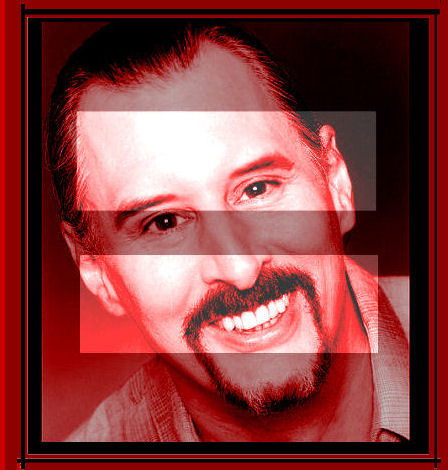 (AEA, SAG)
Jeffrey has created leading roles in 8 NYCity musical premieres, including the titular John Grace Ranter for Tom O’Horgan (original director of JCSuperstar, Hair), Masters in Spoon River (“the passion and intensity of the artist” – Village Voice), The Just Man for Ken Guilmartin’s Marriage of Heaven and Hell, and the villain Metsys in the rock-opera Pilgrim.

He sang 5 seasons of baroque opera (praised in NYTimes, Opera News, Village Voice, The Nation), was rock vocalist on Trans-Siberian Orchestra’s #1 CD Christmas Eve for Aerosmith’s Paul O’Neill, and recorded song-cycles for composer John Mitchell based on the poems of Walt Whitman and Robert Frost.

He currently has 2 films in preproduction from his co-written screenplays:
“Code Name Oracle” and “Reunion At Slaughter Lake”
and his Spaghetti Western “Forsaken” was Finalist in The Page International Screenwriting Awards.

I believe Opera is like a puzzle that improves the assembler: words, tones, rhythms, all are combined in a simple attempt to communicate.

More so than rock or jazz (I’ve done them both), opera has the pacing wherein an actor can separate each moment to achieve his desired effect. — And that includes, most importantly, making it real:
finding what nuance the lyricist had in mind in choosing that particular word and the friction it has against the one that follows; what the composer is specifically suggesting with that minor note, or “empty” moment, or syncopation.
—And what can be added to it all by allowing it to pour through the lens of you.

So here’s my challenge for myself in Aesopera, and for these others I’m lucky enough to work with, and for you:

Did we make a beat sharper, clearer, more focused with our acting? Did we open up new meanings in a line because of the chosen pause, the color of our tone, the way we stood or yearned? Was there a moment that utterly surprised you, and yet was still true to the piece and the character?

— Because that is my intent: to bring you in to meet the writers’ most secret agenda, a world where new ideas, new revelations await.
And to make you help me see that infinite puzzle with your reflecting energy, through the lens of YOU.

I’m lucky to have such rich and melodious material with which to work, and directors who are there to make us grow.

But I’ve just made it harder for myself, and easier for you to judge me.