(It's Been 76 Years And We're) Still Waiting for Lefty 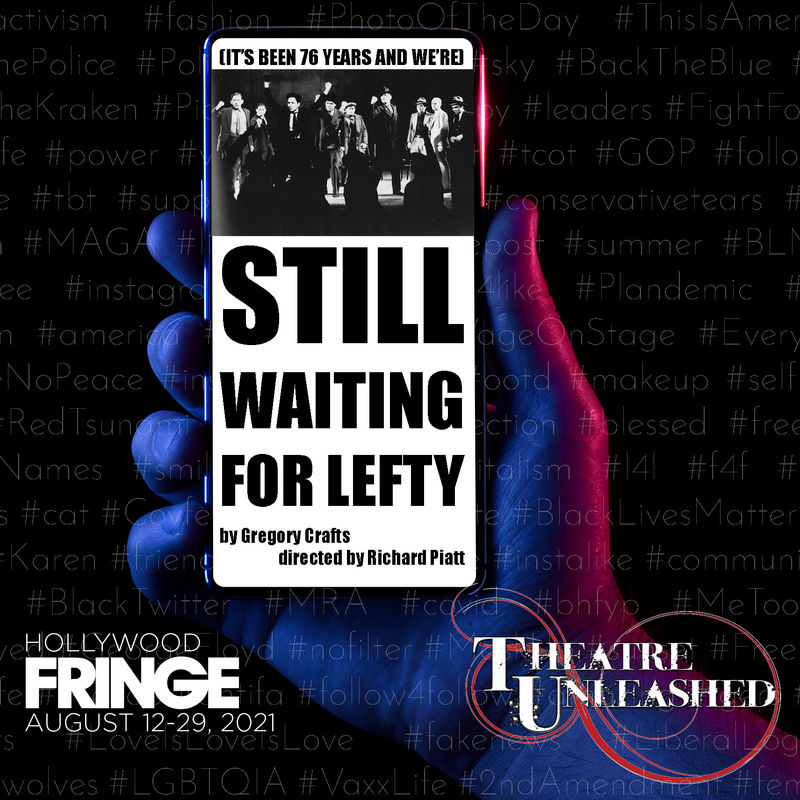 “…this effort should have begun and ended as a writer’s exercise.” – Ernest Kerney, TheTVolution

It’s been seventy-six years since Clifford Odets’ groundbreaking play WAITING FOR LEFTY premiered in New York. Inspired by the New York Taxi Driver Strike of 1934, Odets took to the page to explore the ills of society at the time and use that platform to call for radical change. The show was a smash hit, becoming one of the most famous pieces of agitprop theatre of its day and launching Odets’ career to stratospheric heights. But in the time since then, what’s actually changed? Have things gotten better for us, or have they actually gotten worse? Using the original as a framework, “STILL WAITING" delves deep into the issues of today and confronts some hard-to-swallow realities.

Written by Gregory Crafts
based on a concept by Richard Piatt

This production is presented under the auspices of the Actors’ Equity Los Angeles Membership Company Rule.