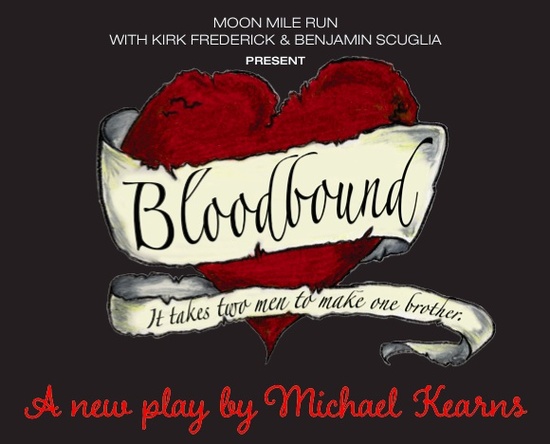 “HIGHLY RECOMMENDED. Kearns has developed a uniquely descriptive, empathetic story. BLOODBOUND is a profound, committed journey. The writing is intense and intimate, distinctly characterized by a precise use of language and device. Beautiful stagecraft, lighting and sound design.”
— Tracey Paleo, Gia on the Move

“Superbly written. Brilliant Direction and incredible performances by all four actors. 99-Seat Theater in Los Angeles is a alive and well and thriving in a play called BLOODBOUND. It’s quite an extraordinary story and as usual playwright Kearns makes you twist and turn in your seat. You will love the ride.”
— Steve Tyler

To authentically dramatize the familial journey, two actors inhabit each brother role, the younger and the older versions, intercutting their often skewed memories.