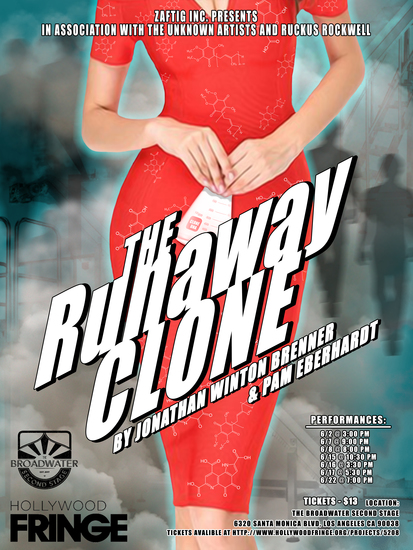 THE RUNAWAY CLONE is an original musical comedy written by Jonathan Winton Brenner and Pam Eberhardt about an Agency in the future that makes and sells clones to humans. One clone runs away and takes with her all of the agency’s secrets. In a panic that the world will know the truth that the Agency has been hiding for years, they set out on a mission to retrieve the runaway clone and keep their empire in tact. Will the Runaway Clone reach the School for Clones in time? Will the Agency protect their legacy of lies? What’s a Sausage Balloon? Find out in THE RUNAWAY CLONE at the 2018 Hollywood Fringe Festival!