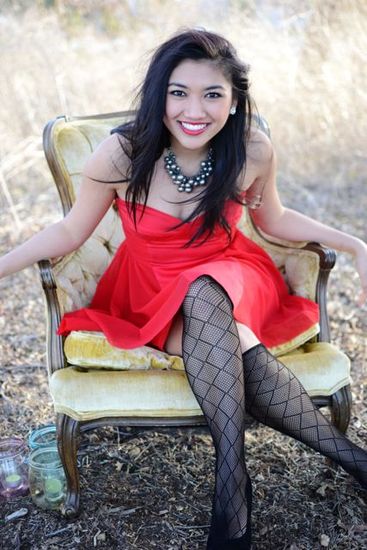 I am Chinese from my dad’s side and Persian from my mom’s, hence “Persianese”. I was a member of my high school’s singing group, Jazz Purr, which performed in numerous venues for local service organizations, fundraisers, town events, the annual Children’s Holiday Parade, as well as in New York City at Carnegie Hall and a performance on the Carnival Cruise lines. I have performed in all of my high school musicals (favorites being the Witch in “Into The Woods”, Cassie in “A Chorus Line”, and Catherine “Babe” Williams in “The Pajama Game”), and I’ve also performed for numerous productions at Children’s Musical Theater of San Jose (favorites being Nancy in “Oliver!” and Gigi in “Miss Saigon”). I was accepted to the BFA program for Musical Theater at Emerson College in Boston, MA for the Fall semester of 2011 but deferred my start to pursue other opportunities. Most notable was as an audition finalist for the celebrity judges on the television show, American Idol, as well as auditioning for television producer Ryan Murphy as a finalist for the reality show, The Glee Project Season 2. For now, I live in Los Angeles following my dream of being an actress and singer. I am currently in the process of writing my own music and lyrics for songs I hope to share with you all soon.