The People VS Hell Kross 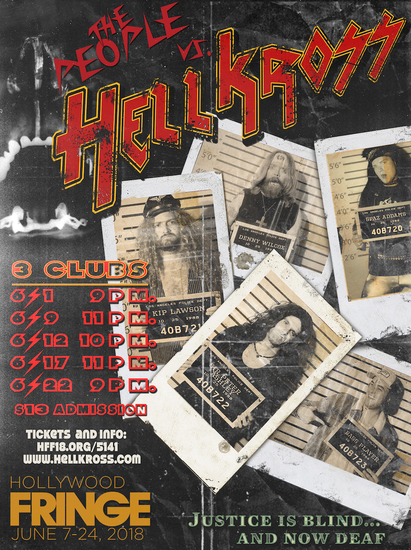 The People VS Hell Kross brings the laughs, social commentary, and original headbangers in an hour-long comedy-musical about British heavy metal rockers accused of manslughter as their music and tours leave death and destruction in their wake. The audience serves as the jury, with different endings for being found guilty or innocent.

Originally staged at The Pack Theater in Fall 2016, then at UCB Sunset in January 2018. Hell Kross spent 2017 writing and recording their debut album, Trumpocalypse, streaming everywhere.