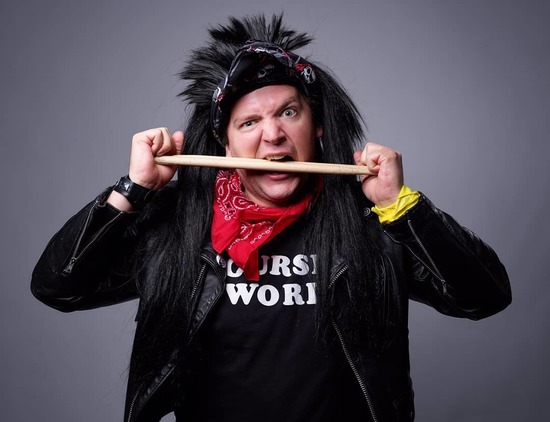 You can see Matt play Spaz, the drummer, in “The People Vs Hell Kross” at 3 Clubs in Hollywood.

Matt Hunter is a writer and comedian born and raised in Memphis, TN. He currently lives in Los Angeles, where he writes and performs regularly for The Second City Hollywood. Matt’s writing has been featured on CollegeHumor, The Big Jewel, and Funny or Die, where he is an active contributing sketch writer and producer. Currently, Matt works in production on a television show that is sure to be widely successful and win every award known. Matt can talk in length about sandwiches, is “getting into” board games, and sometimes commits to playing hockey as his form of exercise.