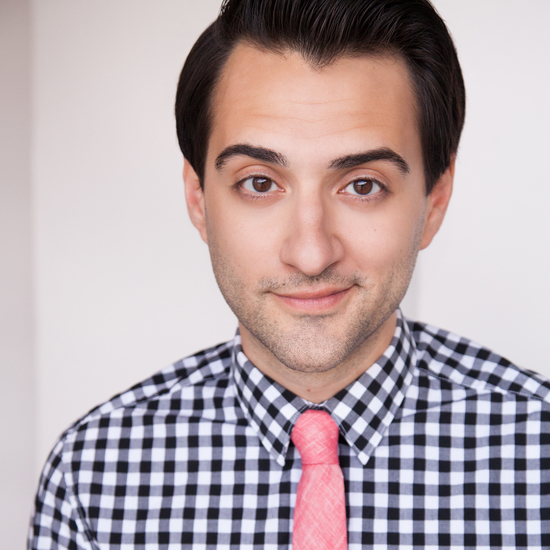 Nick Gligor is an actor, writer and comedian originally from Western Pennsylvania.

His first feature film, the ensemble comedy SATURDAY AT THE STARLIGHT, co-written with writing partner Jake Disch, and starring Abigail Breslin, Denise Richards and Michael Madsen is currently in post-production. The film is directed by Phillip Clark Davis (Burying Yasmeen), produced by Lee Eisenberg (The Office) and the team at Brat. Nick also appears in a supporting role.

You can see and/or hear him in many video shorts from The Jackal Group’s AOK, Fox ADHD and Funny Or Die, in the web series-es Talents (executive produced by John Sayles) and Jesus House, commercials and in various strange corners of the internet. As one-third of the comedy trio Local Business, Nick helped set the web ablaze with the viral sensation KREEZUS, the Kanye West Christmas parody album that has garnered millions of listens online and was featured by MTV, Billboard, Slate, EW and many others. He also co-hosted the popular podcast You Should Love Wrestling on Boardwalk Audio and iTunes, featured by The A.V. Club, noted on UPROXX and endorsed by former WWE superstar Damien Sandow.

Nick performs live regularly around Los Angeles, primarily at The Pack Theater where he currently acts as host (and timelord) Dr. Timefuck in Speedface, the insane variety show that gives every act 100 seconds each to entertain both the audience and his time prisoner known as Speedface. He is also a member of the sketch comedy team Haymaker. Previously, Nick was a member of iO West Main Stage sketch team Jet Jaguar, a player for It’s Past My Bedtime with Topher Harless and a performer/writer for indie sketch group Dumbshit Mountain, whose videos were featured by Tosh.0, Yahoo, Cracked and others. Nick has performed at Upright Citizens Brigade Theatre, Nerdist, Comedy Central Stage, The Hollywood Improv and The Second City Hollywood, as well as the Edinburgh Festival Fringe in Scotland. He currently resides in the San Fernando Valley (by choice) and watches a lot of pro wrestling.