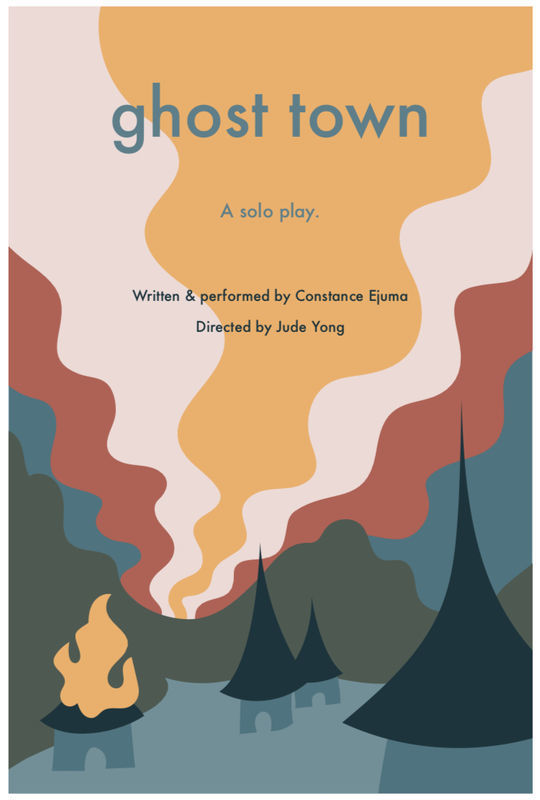 With a unique history which saw the country simultaneously colonized by the French and the British, Cameroon is today experiencing the consequences of the uneasy post-colonial reunification of its formerly colonized regions. “Ghost Town” is a solo performance piece which explores the various points of view surrounding the ‘Anglophone Crisis’ which erupted in Cameroon in 2016 as a result of the citizens from the English speaking regions of the country demanding an end to the discrimination and marginalization perpetuated by the predominantly French speaking government. Actress/writer/producer Constance Ejuma depicts the perspectives of the three main ideologies in conflict (Federation, Cessation and Republic) as well as the Anglophone citizens who have become casualties of war, many of whom are now refugees in neighboring countries or internally displaced. “Ghost Town” tells their stories through monologues and audio-visual materials.