A Year in Dragonfly 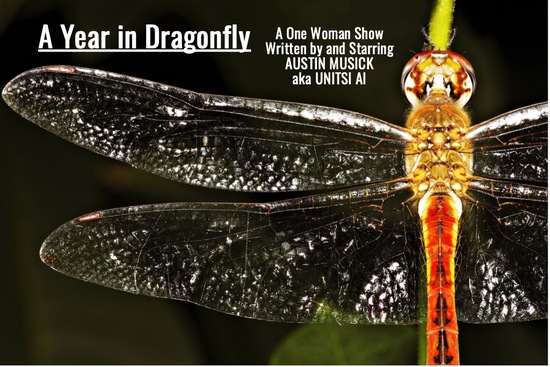 A Year in Dragonfly is the survival story of one woman’s journey after a life of cyclical abuse that began in early childhood after being abandoned by her biological father and then raised by her pedophile Step-father. After two divorces herself, not to mention many years of denial, it took one fatal night for her existential crisis to begin. The catalyst? Being brutally attacked by the man she so foolishly thought was her soul mate at last. Told in original spoken word and song, this is the navigation back from the darkest corners of fear, depression and shame as she learns to let go, forgive, and love herself for the very first time.

DONATIONS WILL BE TAKEN AT THE DOOR FOR www.DomesticShelters.org