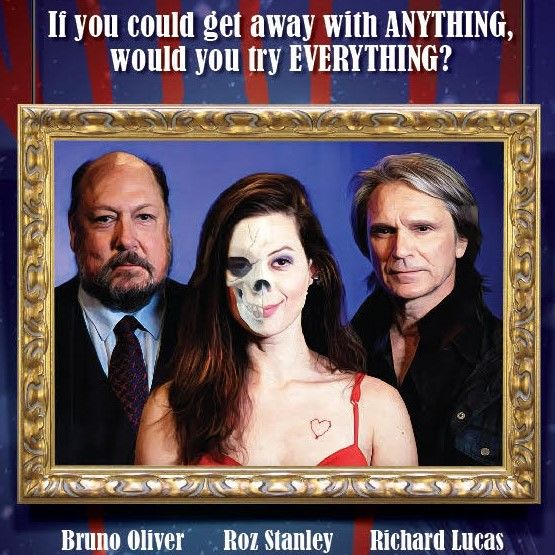 Thanks to everyone who attended the Gold Medal-winning BEAUTIFUL MONSTERZ at the Broadwater Second Stage, and who helped make it one of the best reviewed shows of the entire 2022 Hollywood Fringe Festival. Maintaining its stellar cast of Roz Stanley, Richard Lucas and Bruno Oliver, the dark fable is now moving into production as a feature film, with David Haverty as Director of Photography, and author Steven Vlasak again directing. Please follow the show on FaceBook at the link below for updates and behind the scene photos. “What’s it about?” I hear you thinking:

If you could get away with anything, would you try everything?

In this modern riff on Oscar Wilde’s classic, “The Picture of Dorian Gray,” Dorian becomes Lori Anne Green, a beautiful but naïve college grad recently recruited as the spokesmodel for the “Ever Young” line of cosmetics. Suddenly thrust into the spotlight, and under the very bad influence of her ad agency’s decadent director, Lori is slowly seduced into a hidden world where she determines to savor every debauched and divine experience her new double life now affords. In this edgy, witty, sexy, and darkly funny send-up, Steven Vlasak, the award-winning author of previous Hollywood Fringe Festival hits “Nights at the Algonquin Round Table” and “Disrobed,” sets out to roast our current culture’s obsession with celebrity and privilege, and the very real possibility that looks can kill, with the temptations that “being famous for being famous” offer to the personalities that we, perhaps, secretly think we wish we were.