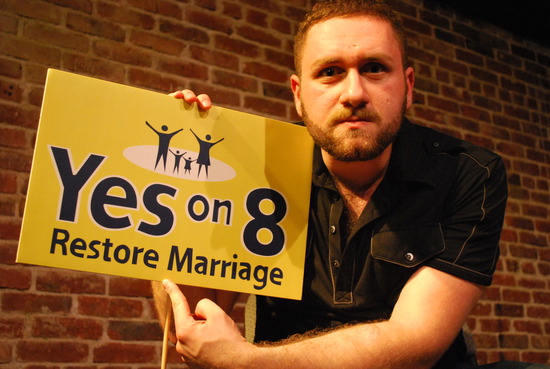 BLOOD FRUIT ‘s “Arabian Nights” Performance at Blackbird
____________________________________
When: Saturday August 25 @ 7:00PM
Where: Blackbird Dance (address @ top of page)
Tickets: $15 presale minimum (May purchase multiple tix or donate at the door)
$20 at the door.
***This performance is Majd’s final presentation as he leaves for graduate school in Northern California one week after this. We encourage you to donate more than the minimum ticket price to help him along in his pursuit of higher education!
Bring: A fancy pillow or blanket to sit on for seating up front. A chair for seating in the back. Feel free to be decorative, following the “Arabian Nights” theme!
Website: http://www.majdmurad.com/bloodfruit
(Contact Majd at [email protected] with any questions)

What the show’s about:
This autobiographical one man show, spanning Majd Murad’s high school and college years, focuses on his coming out – first to his friends, but his ultimate decision to reveal to his family that he is a homosexual, especially to his Catholic-Iraqi traditional parents, is the heart and soul of Blood Fruit. Murad fears that by revealing his sexuality to his family, he risks losing those he holds dearest, or worse yet, becoming the victim of qetil al-sharaf, or “honor killing”. In his attempt to replace the family that would reject him, he finds himself thrust into the perilous world of the modern gay lifestyle. He uses humor and pathos to tell his story, while playing the various characters that are central to his life. Majd says: “I believe from our deepest vulnerabilities we can find our deepest strengths.” Blood Fruit is a part of that for him.

Blood Fruit won Best of the 2011 Hollywood Fringe Festival in the Solo category!

LA Theatre Review says: “Majd Murad is a truly likable and empathetic soul, struggling to have life and love on his own terms…..he is here to educate and inspire by ‘airing out his dirty laundry,’ good and bad.”

Kiff Scholl is an award-winning director and member of the Stage Directors and
Choreographers Union. He has directed numerous plays throughout Los Angeles, including the recent West Coast Premiere of Theresa Rebeck’s Our House.

Dramaturg, Eric Trules, is an integral part of Blood Fruit, as developer and editor.
Trules is an Assoc. Professor of Practice at USC School of Theatre and a Fulbright Senior Specialist in American Studies (Theatre, 2008-13).