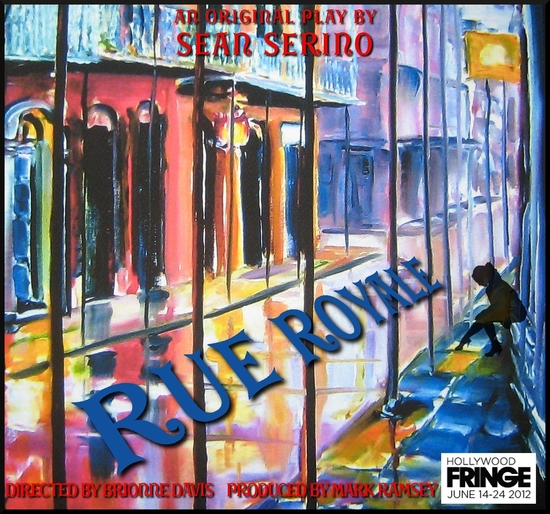 “What happens when the road that will break you is the one you must take?”

A recent college grad returns home to New Orleans to a family in crisis. After moving in with her best friend in the notorious French Quarter, she quickly finds herself spiraling in a storm of drugs, sex, violence and deception. In order to survive, she must find her way toward the most painful decision of her life.

Rue Royale made its first appearance in September 2010 at the Ventura Court Theatre in Studio City. It makes its world premiere with a new director and cast at Hollywood Fringe ’12. Serino is currently at work on the film adaptation.