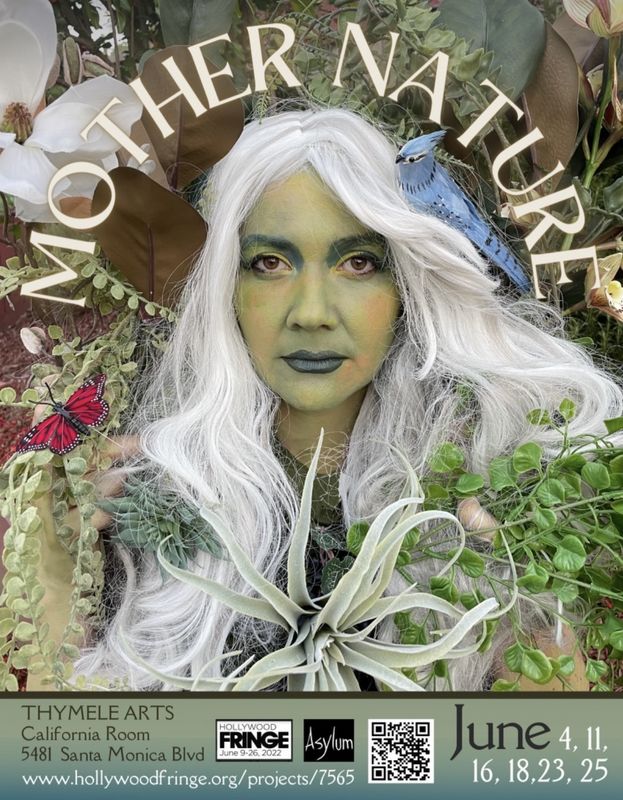 This intimate immersive solo show has an audience limit of 10 people per show, so get your tickets NOW!

Why are you here? Mother Nature will take you on a journey to the ends of the earth and the depths of your very soul to find the answer. An accomplished clown, puppeteer, and immersive theater maker, Grayson Morris brings all three elements together in this epic solo performance that will renew your zest for life.

Morris directed and produced ten immersive theater works in her hometown of Asheville, NC before she came to Los Angeles to study clown. She was a founding member of Mil Grus, the LA-based bouffon group that had a sold out run at The Hollywood Fringe Festival in 2019 and won an HFF Encore Award and Pick of the Fringe. Mil Grus went on to perform at The Fringe Encore Series at the Soho Playhouse in New York.

Morris began her performing career with puppetry in 2005, and she has since appeared in numerous puppet slams with her original shorts and co-founded Asheville’s giant puppet collective, Street Creature. She is co-producer of The Tiny Paper Theater Festival, an international puppetry/animation/toy theater festival that ran online during the Covid19 pandemic.

Mother Nature has been under construction for three years and Morris is thrilled to finally bring it to audiences near and far.