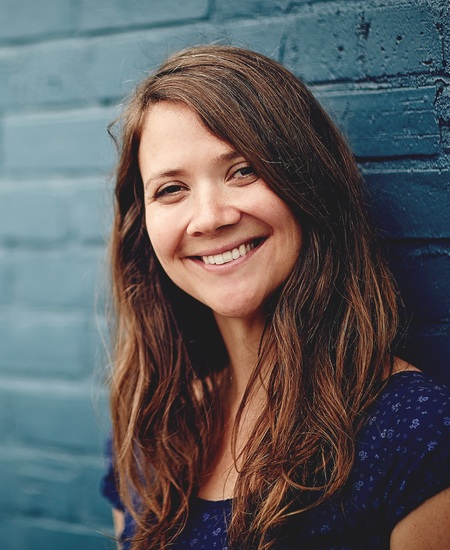 I’m a multidisciplinary artist from Asheville, NC, and have been in LA for four years now. My serious theater side is dominated by puppetry and immersive theater and my comedy sensibilities have moved over the years from standup to clown. Ultimately I like to combine disciplines and follow no one’s rules.

I found puppetry in 2005, and have since appeared in numerous puppet slams with my original shorts and co-founded Asheville’s giant puppet collective, Street Creature. I am co-producer of The Tiny Paper Theater Festival, an international puppetry/animation/toy theater festival that ran online during the Covid19 pandemic.

I began standup in 2011 and have since appeared in numerous comedy festivals including The Great American Comedy Festival and Limestone Comedy Festival, and have toured the nation with my first one woman show, Am I a Grownup Yet? I have opened for Maria Bamford and Louis C.K. and appeared on AXS TV’s Gotham Comedy Live.

I produced ten immersive theater works in Asheville, NC under the name emersion between 2016-2019, when I instead put my focus into my bouffon troupe, Mil Grus, which had a sold out run at The Hollywood Fringe Festival in 2019 and won an HFF Encore Award and Pick of the Fringe. Mil Grus went on to perform at The Fringe Encore Series at the Soho Playhouse in New York.

Now that we’re finally emerging from the pandemic dream/nightmare, my long dormant grand opus is ready to be born! Very excited to share my new solo show which brings all my things together in one roiling existential marvel ; )