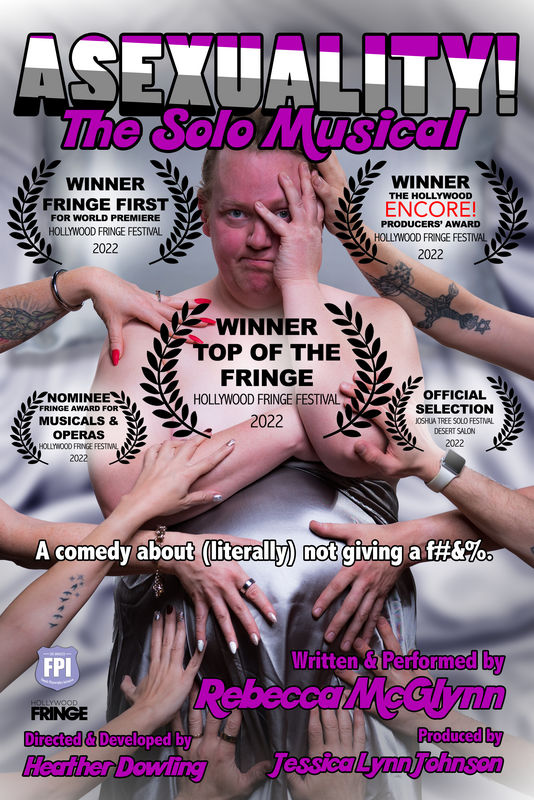 What does it mean to be a man in the 21st century? How does toxic masculinity affect those of us assigned male at birth? What’s so great about sex, and why won’t people shut up about it for two goddamn seconds and just let me play my video games in peace?!

Written and performed by transgender artist Rebecca McGlynn (co-writer/lyricist/composer of Top of the Fringe winner “My Big Fat Blonde Musical”), “Asexuality! The Solo Musical” is an autobiographical musical comedy about Rebecca’s pre-transition life.

The story follows Robert, an asexual man navigating a hypersexual world. Through music and comedy, he explores sex, romance, love and loss… and, eventually, her true gender identity.