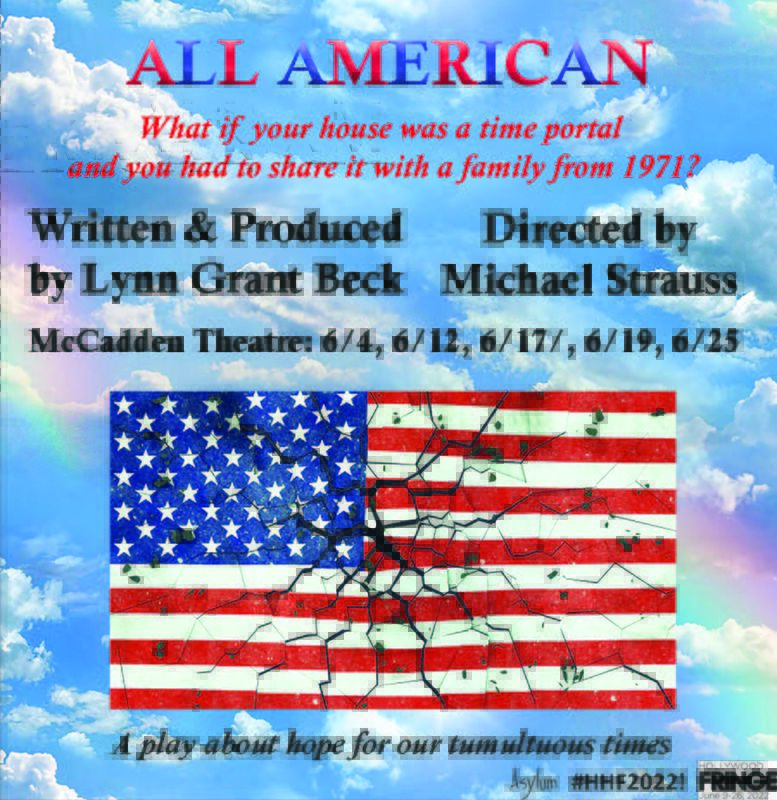 “All American” is about two families who live in the same house simultaneously, but during two different time periods, 1971 and 2020. During chaotic eras the world is so shaken up that time itself is broken, and the house acts as a portal that catapults the inhabitants forwards and backwards. Both families have two parents, an 18 year-old son and a 16 year-old daughter. Chase, the 18 year-old from the modern family, is an isolated, angry young man who is influenced by violent, white supremacists online. He’s encouraged to shoot minorities at his high school, and plans on doing so. However, over the course of the time mashup, he interacts with members of the other family, connects with a Mexican student, and reconnects to his own humanity, convincing him not to go through with the shooting.

This play explores the isolation, depression and anxiety that so many of our young people are experiencing that can lead to self-harm and violence towards others. But it’s not a tragic play. Rather it’s a whimsical ensemble piece where 10 actors travel through time and collide with their counterparts learning to communicate, empathize, forgive and connect. Ultimately, it’s a play about hope for our tumultuous times.

*Given that the play is about a school shooter, we will be using a toy version of a semi-automatic gun. It’s plastic with an orange tip, will not be pointed at the audience and will not be loaded with plastic pellets, but some patrons may still be triggered by the sight of a gun.