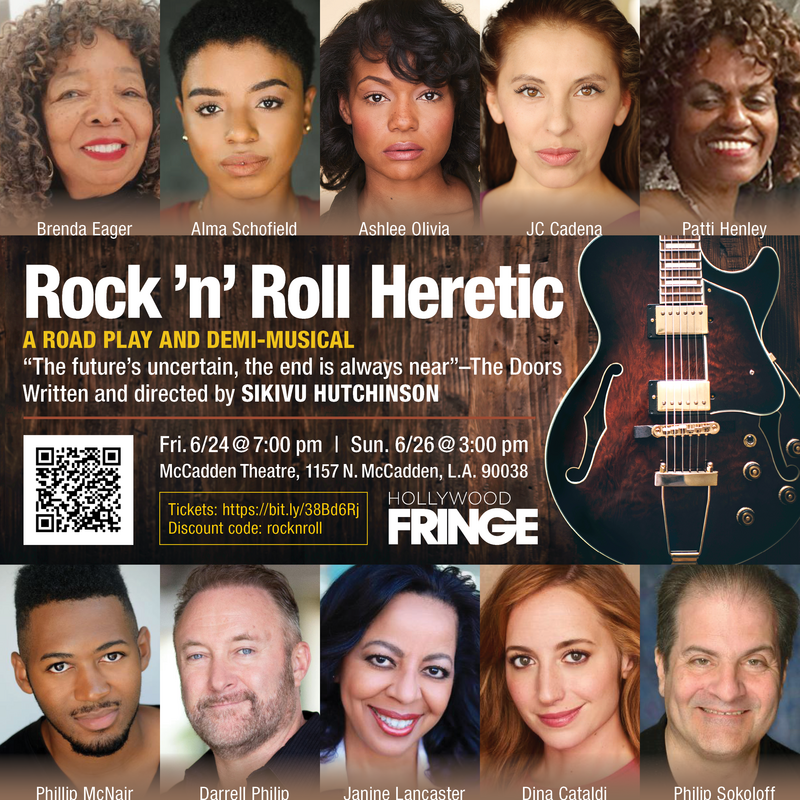 It’s the late 1970s, and ex-Pentecostal Black queer female electric guitarist Rory Tharpe navigates the cutthroat world of corporate rock, dive bars, dusk-to-dawn recording sessions, and shady contracts as she travels the nation in a dilapidated tour bus with her bickering, boozing all-male band. Much-imitated and little-credited, Rory is in a late career tailspin when she goes on tour with international superstar Jude Justis, a white woman blues-rock singer who has built a turbulent mega-platinum career out of stealing from Black musicians. Broke and frustrated by the racism, sexism, homophobia, and ageism of the rock boys’ club, Rory warily joins forces with Jude. She then takes a detour through the painful past she shares with childhood nemesis Divinity Mason Mulvaney, a maverick pastor at the helm of the mega church enterprise Revivals, Inc.