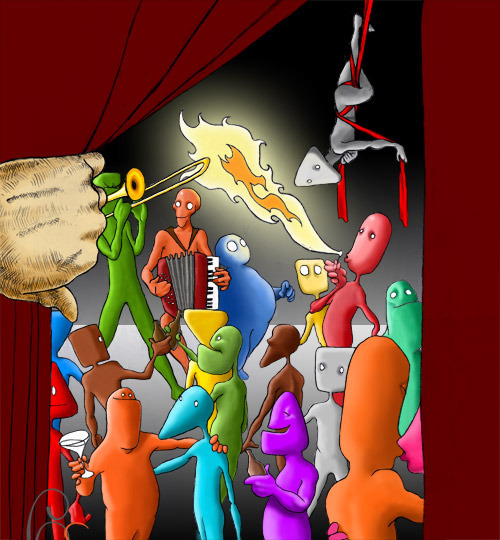 The Opening Night Party begins at 9:00pm on Wednesday, June 13 at Fringe Central, the hub of the festival.

Hosted by Fringe Special Programs Director Jon Armstrong, who has been nominated six times in total for the Academy of Magical Arts’ Close Up Magician of the Year Award, the party will feature ongoing performances throughout Fringe Central, including the Fringe Beer Tent & Cabaret Stage. The event will evoke a variety show atmosphere, with balloon twisters, freak show performers, close-up magic, a disco dance party and two jazz bands playing throughout the night.

The party kicks off the thirds year of the Hollywood Fringe Festival, running June 14-24. The uncensored multi-arts fest features over 200 productions from a range of artistic disciplines.

Jon Armstrong is a card magician living in Los Angeles and is a frequent performer at the Magic Castle. He also serves on the Board of Trustees of the Academy of Magical Arts. He has been featured in trade publications like Magic, The Linking Ring, MUM and other magic journals worldwide. Jon also appeared on the cover of Genii 2004 December in an issue dedicated to his magic. In April 2007, Jon Armstrong was named Close Up Magician of the Year by The Academy of Magical Arts. He has been nominated six times total as of 2011.