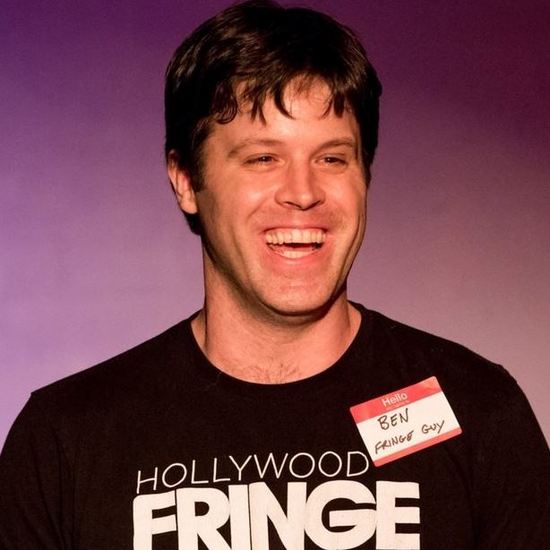 Ben is the founding Festival Director of the Hollywood Fringe Festival. With a crack team of Fringe shipmates, he helms the wildest, most exciting and community rich arts festival on this blue Earth.

With hundreds of shows and thousands of performances every year, the Hollywood Fringe is one of the largest open-access arts festivals in the world and a major player in the global Fringe community. The Festival featuring hundreds of shows in theatre, comedy, cabaret and dance.

Previously, he founded and produced The Hatchery Festival in Washington DC: A showcase of new plays from emerging playwrights; he oversaw the festival’s operations in 2005 and 2006.

Prior to that he was actually an actor who dabbled in musicals, comedy and dramas. But that’s so long ago, most of his former audiences have managed to forgive him.

On the technology side, Ben is an ardent software developer who created the Fringe website and the mobile apps that complement it.