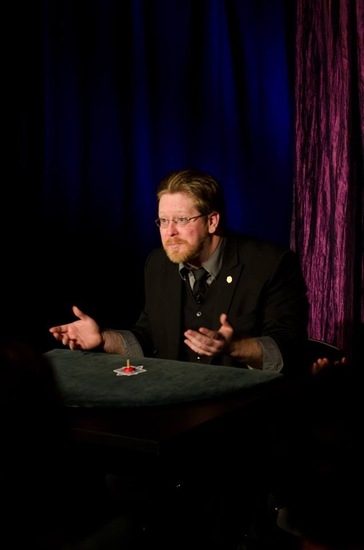 Winner of numerous awards, including Close Up Magician of the Year, Jon Armstrong is best known for his world-class magical talent and for being funny. Not just magician funny—actually funny.

Jon honed both skills beginning at age 20, when he became the resident magician at Disney World, and then a recurring headliner at Caesar’s Magical Empire. Soon after, Jon started touring all over the world, performing in over 30 countries to date.

You also have seen him amaze Kathy Lee on “The Today Show”, cause Penn on CW’s “Penn and Teller’s Fool Us” to exclaim his act as “the most original I’ve ever seen!”, and have Jay Leno profess his love to him on “The Tonight Show”.

When you see him live, Jon hopes that you laugh loudly, are amazed by his skills, and most of all, feel like you made a new friend.