The Importance of Being Oscar 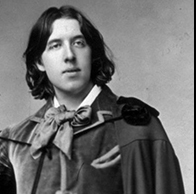 “You will always be fond of me. I represent to you all the sins you never had the courage to commit.” -Oscar Wilde

Inspired by an award-winning short play, “The Importance Of Being Oscar” follows the legendary playwright and poet, Oscar Wilde, through the last years of his life. Finally released from prison, Oscar tries to reclaim his life. He has three visitors during his final days, his friend, his estranged wife, and finally one of his fictional creations. They discuss love, loss, mistakes and morality (or lack thereof). Sometimes whimsical and sometimes heartbreaking, “The Importance Of Being Oscar” is a beautiful tribute to an icon of the world of theatre, liberally laced with his very own witticisms and quotes.

“Author and creation have a conversation, immortal character and dying human man, about life and art and desire. Frankly, the whole thing proved so well-written I wanted a longer play.” –Review from The World Through Night-Tinted Glasses of the original short play, A Picture of Oscar Wilde.