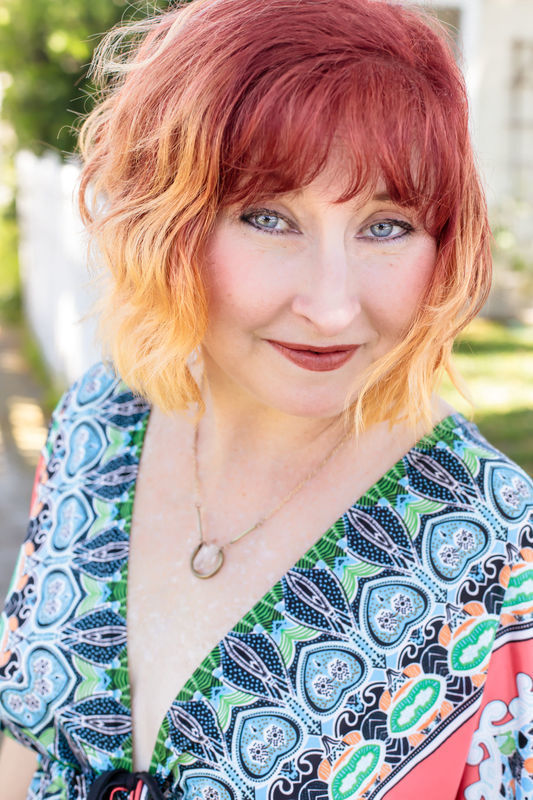 A committed Mel Brooks fan, Cyanne is mostly known on film for Unexpected Pizza, Dr Chong Plastic Surgeon, and The Bacchae. She fell into acting at age 6— literally — as a Faerie in “A Midsummer Night’s Dream” and has been hooked ever since.

Winning awards on stage and screen for her Shakespeare, as well as a number of modern dramatic & comedic roles. For a couple years, she even came to be known as “a Comedy Regular,” performing Stand Up all over Hollywood- ending her run after opening for Margaret Cho to a full house at the Hollywood Improv.

Back in 2015, she decided to add writing & producing to her wheelhouse, co-producing and acting in the Premiere of her award-winning One Woman Show, “I Died…I Came Back…Whatever” at the 2015 Hollywood Fringe Festival with her amazing husband, Matthew Martin. It did so well that the entire run was sold out, they were given the Encore Award and asked to extend 3 more performances.

Most recently, via their production company Fearless Imp Entertainment, she co-produced and starred as Lady M in a 6 week run of an incredibly powerful twist on Macbeth as inspired by the #MeToo movement and todays current climate of “he said, she said.” 100 % true to text, it generated a huge buzz and even had a few teachers incorporate it into their curriculum and bring their classes to the show with a Q&A afterwards. Aside from acting, she is a huge advocate for survivors of sex trafficking, sexual assault and abuse.

So… “Is that a 10 gallon hat or you just enjoying the show? Woof!” www.sightingcyanne.com