Bono and The Edge Waiting for Godomino's 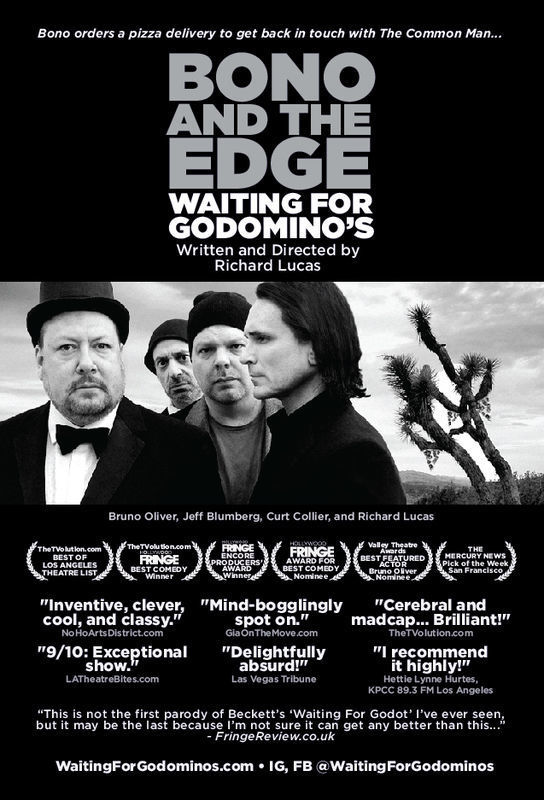 Bono orders a pizza delivery to get back in touch with the Common Man.

In this parody of Samuel Beckett’s “Waiting for Godot,” the script is flipped as Bono, wracked with guilt over his own success and fear of having lost touch with his working class roots, orders a pizza delivery to his castle in the hopes of conversing with the delivery person about living a “real life.” But Bono’s lifelong U2 bandmate, guitarist The Edge, wants no part of his socio-spirtual experiment and rejects any thought of inviting opinions or judgements on his hard-earned rock star life. Both struggle with the possible hypocrisies in their practices versus their policies in a funny and surprisingly deep comedy that skewers celebrity culture, blind faith, and pretentious theater.