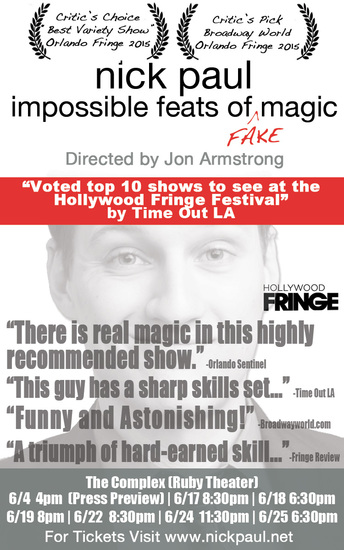 “A triumph of hard-earned skill…”-Fringe Review

Nick is a veteran performer with over 14 years professional experience as seen at corporate events, colleges and theaters nationwide. He was a featured magician at Walt Disney World from 2012-2015 and can be seen worldwide on Disney Cruise Line. He is also a regular performer at The Magic Castle.