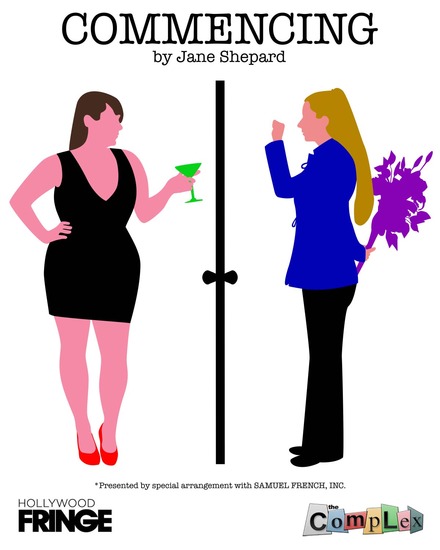 “…an empowering play, performed by two empowering women. Their chemistry was fantastic…they debate on what it means to be a woman, and it’s hilarious.” -The Tribe Online

When Kelli opens the door for her much-anticipated blind date, only to discover that the Arlin she’s been waiting for is a lesbian woman and not a man, both are mutually appalled… and intrigued. As they attempt to salvage their “date,” each must learn to understand the other by abandoning their preconceived biases and finding the common ground beneath.

COMMENCING is a one-act exploration of straight and gay women’s culture presented as part of the Hollywood Fringe Festival, co-starring Laura Nargi and Paula Deming in a script written by award-winning indie playwright Jane Shepard and directed by Shawn Stoner. This nuanced production dissects gender and sexual norms to examine what it means to be a woman.