The Three Musketeerers: Clowns With Swords 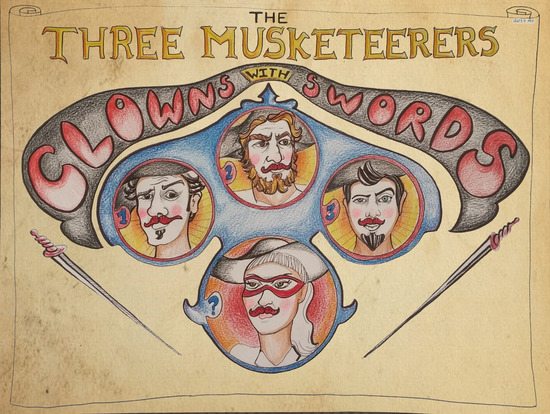 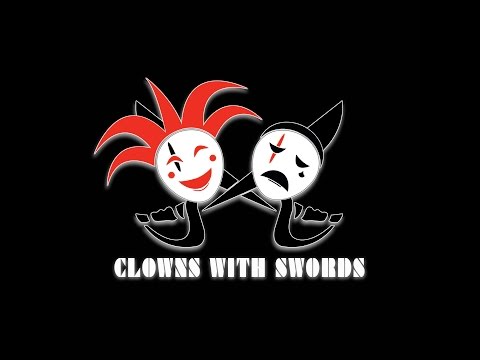 “a strong showing of physical theatre for the HFF”

“The 3 Musketeers are full of surprises and laughs”

“Almost cried from laughing so hard!”

“Expect instead to be sufficiently captivated.”

Clowns With Swords is a physical theater ensemble that focuses on deconstructing classic tales and illuminating a perspective through the twisted lens of the theatrical clown.

The Three Musketeerers: Clowns With Swords is a deconstructed examination of Dumas’ classic retold in the style of theatrical clown. Playing fully from impulse and desire, the clowns will explore the irreverent, vulgar, innocent, poetic and hilarity of the novel and attempt to retell the tale of perhaps the greatest cloak and sword story ever written … to the best of their ability. How the clowns navigate telling the story is the true performance, and their play is the theatrical pay dirt.

“After reading the novel, several times, I knew I wanted to develop this story into a theatrical production. However, I wanted to make sure it didn’t fall into the trap of telling the same story that was portrayed in any previous film or stage adaptations. There is a lot more going on than what Dumas wrote. And doing it in clown form only makes sense because that is how these characters were written – as a bunch of fools.”

At first look, the set is primarily conceived of large crate-sized boxes that each performer can claim as their home base, make grand entrances and exits, quick costume changes (if necessary), or simply play on, in and around. However, a large part of the exploration process is incorporating how the set serves the clowns in their attempt to tell the story.

Utilizing the concept of Future Innovation Furniture and the technical expertise of Jeff Kleeman from Studio Serena Los Angeles, the boxes will be highly engineered to re-examine, re-think and re-invent the basic functionality of a box and explore the utilization of space, construction and connectivity. This high concept functionality will provide more than possibilities for interesting choreography. The set will literally be brought to life and become a separate character allowing the performance to enter a whole new world of magical innovation.