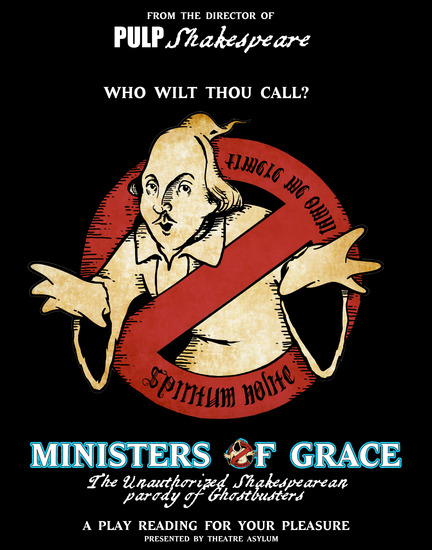 From the director and co-writer of ‘Pulp Shakespeare’ (Best of Fringe 2011), ‘Ministers’ imagines what the movie Ghostbusters would be like if written by William Shakespeare. It tells the story of three unemployed professors of the supernatural who set up shop as a unique spirit removal service.*

*This will be a staged reading, with the hope of bringing a full scale production to audiences in the near future.