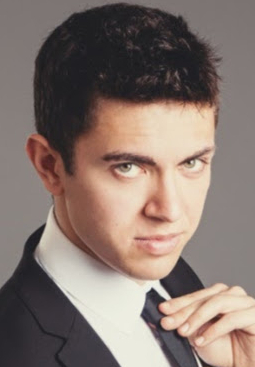 Edgar Cardoso is an LA-based music director, pianist and musical theater performer. Originally from Portugal, he has had classical piano training (BA, MA in Education and MMus in Performance) in Aveiro (Portugal), Stuttgart (Germany) and London (UK) and has worked with many international singers focusing both on Classical and Musical Theater repertoire. As music director and band pianist, he helped developing new musical works in London, playing in the pit for No One in the World, Spend Spend Spend, The Picture of Dorian Gray, A Scale of Half a Mile, Peter Pan Pantomime and Spectrum, in this last one as composer as well, presenting it successfully at the Camden Fringe in 2016. He has performed in 20 countries in 4 continents as a concert pianist and obtained over 50 prizes in international competitions. He released a solo album in 2015 with works by Claude Debussy, under Spanish recording label KNS Classical. Edgar works at Azusa Pacific University as junior accompanist/collaborative pianist and musical director/vocal coach in the Music and Theatre departments, respectively.