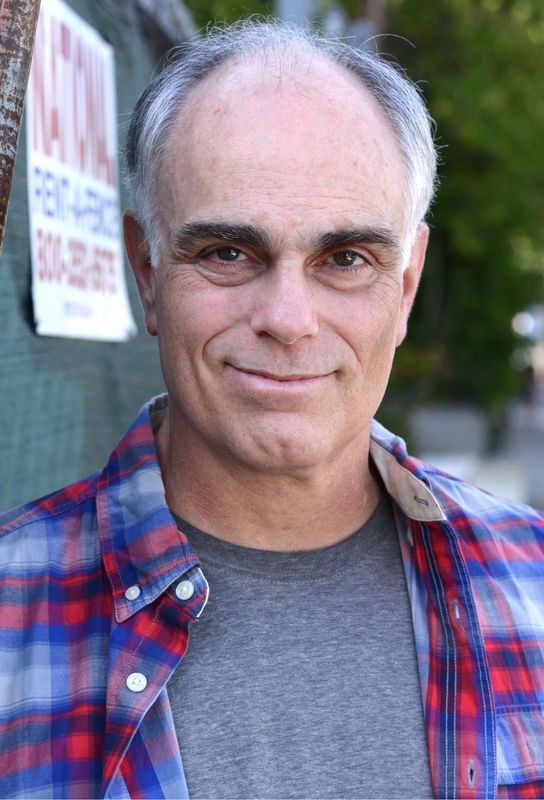 Robert DiTillio began his acting career in New York City where he appeared in off-off Broadway plays, most notably two rarely produced works by Joyce Carol Oates. In NY, he also worked on independent films, soap operas and rap music videos (frequently portraying the antagonist to the musical artist). In Hollywood, he has made guest appearances on TV shows including BABYLON 5, SLIDERS, PROFILER, GENERAL HOSPITAL, NYPD BLUE and more. He was a prizewinner on AMERICA’S FUNNIEST PEOPLE for a sketch that he co-wrote. Robert’s stage work in LA includes playing Sal Carducci in the critically acclaimed hit, KOLD RADIO, WHITEFISH BAY (aka CRAPPIE TALK), and performing at The Comedy Store with his improv group ARE YOU TALKIN’ TA ME? He has also performed with the socially conscious sketch comedy group Laughtivism at iO West. Robert has appeared in a variety of feature films over the years, including playing Demetrius in a punk rock/goth version of A MIDSUMMER NIGHT’S DREAM, directed by horror novelist S.P. Somtow. Other noteworthy film credits include the Sci-Fi Channel original movie DRAGON FIGHTER with Dean Cain, the mad doctor opus THE STRAUN HOUSE (aka DR. RAGE) with Karen Black, the sexy romantic comedy THE OLIVIA EXPERIMENT and the remake NIGHT OF THE LIVING DEAD 3D (just in case Robert in 2D is not enough). Robert guest stars on the Streamy Award-nominated web series MOUNTAIN MAN and stars in THE ROSE CHRONICLES for which he was nominated as Best Actor in a Comedy Web Series by the StayTunedTV Awards in 2010. He can also be seen guest-starring on the web in MARTINI MOM & DEVIL SPAWN, BRUCE GOES HOLLYWOOD, and SPACESHIPS IN YOUR DESSERT. Robert has appeared in several notable short films including TIP TOE, which was screened at the 2015 Cannes Film Festival, ATTACK OF THE FILM FESTIVALS, which won Best Short Film Comedy at the 2015 Burbank International Film Festival, and 2016’s multiple award-winning HAPPY HOUR, in which he gets to show his romantic side. Robert is currently in post-production on the short film THE BOOK CLUB, which he co-produced and stars in with his wife Christine DiTillio, who also wrote the screenplay. He can be seen on demand anytime in the streaming Amazon Prime Video series THE HEAT OF THE BEAT playing an abrasive attorney, and in episodes 35 and 36 of the Facebook Original series TURNT, playing a chem teacher. For a complete list of credits and to view demo reels, please visit https://www.imdb.me/robertditillio. Represented across the board by THE POLYGON GROUP TALENT AGENCY, Burbank, CA. Robert is thrilled to be working with the very talented writer, director and cast of DEATH UNIT for his second year of Fringe, and thanks Christine for her endless love and support.