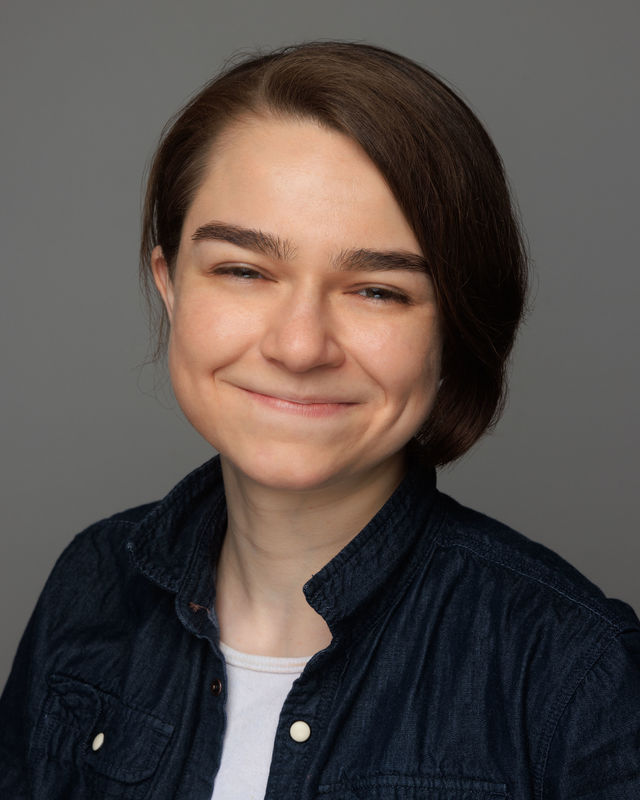 Socks Whitmore (they/them/theirs, b. 1999) is a Los Angeles-based actor, singer, lyricist, and composer currently studying as a BFA Performer-Composer at CalArts. Their first full-length original musical, We Are Here, was co-written with Evan Johnson and selected for the New Voices Project, a musical theatre development program hosted by New Musicals Inc. Socks produced, staged managed, and starred as Valerie in the workshop premiere of the show at CalArts. In addition to debuting roles in the play Rosacea (2017), the lead of the ballet operetta Children Cannot Sleep (2018), and Charley in the new musical The Bully Problem (2019), they have been involved in productions of Hansel and Gretel, Shrek the Musical, and the a cappella opera SWEAT. They have performed with the NAfME national honors choir and the Honors Performance Series in renowned spaces such as the Grand Ole Opry, Carnegie Hall, and the Sydney Opera House. Other passions include poetry, playwriting, and amassing large amounts of socks.

Born and raised in Maryland, Socks is a happy California transplant who self-identifies as agender/gender nonconforming, pan-demiromantic, and asexual. They are happiest working in the world of new and socially conscious musical theatre, especially in pieces related to mental health and gender. However, they also enjoy working on choral music, animated films, and games. Socks especially loves to collaborate with others—their most frequent collaborator is their fiancé Evan Johnson (he/him/his), a composer, orchestrator, and recording engineer who makes up the other half of their creative duo known as Sock and Key.