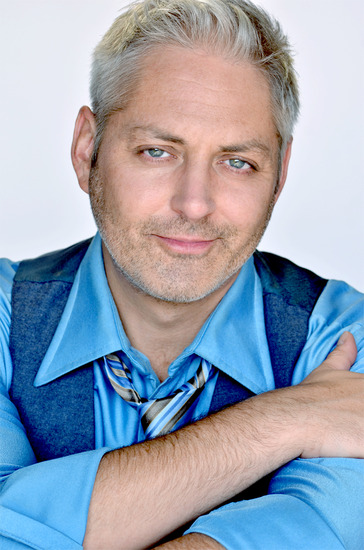 Curt has been a staple of the Los Angeles theater community for over 20 years, and continues that run with his 5th Hollywood Fringe Festival production, SLASHED!

Most recently, Curt had the joy of understudying the lead in Sacred Fools’ 20th season closing production, THE SIRENS OF TITAN, adapted from the Kurt Vonnegut novel by horror film legend Stuart Gordon. The previous couple years had him jumping around diverse productions such as AMERYKA, a politically conscious experimental powerhouse with Critical Mass Theater Company (nominated for multiple Ovation, LADCC and Stage Raw awards,) and as Sherlock Holmes in the Actor’s Co-Op production of HOUND OF THE BASKERVILLES.

Curt was lucky enough to bring to life the adult version of the beloved piano playing prodigy from Peanuts, Schroeder, in the hit run of ABSOLUTELY FILTHY at The Sacred Fools Theater (LA Weekly Award for Best Production,) which was reprised and updated for the Hollywood and NY Fringe Festivals where it won top honors.

As a proud member of The Sacred Fools Theater Company, other productions include the hit comedy A KIND OF LOVE STORY , the highly acclaimed STONEFACE: THE RISE AND FALL AND RISE OF BUSTER KEATON starring French Stewart, and the premiere stage adaptation of the 1980 cult film classic FORBIDDEN ZONE: LIVE IN THE 6TH DIMENSION. He also saw a 20 year dream come to fruition starring as the infamous beat writer William Burroughs in the Fools production of BILL & JOAN. Other Fools credits include the hugely successful BEHAVIOR OF BROADUS (LA Weekly winner, Best Musical,) WATSON & THE DARK ART OF HARRY HOUDINI, and as Polonius in the rousing new musical by Exorcistic creator Michel Shaw Fisher, SKULLDUGGERY: A MUSICAL PREQUEL TO HAMLET. and last year’s win as champion of the 2015-2016 season of SERIAL KILLERS.

Other notable theater credits include his portrayal of Frank Sinatra in the multi-award winning LOUIE & KEELY LIVE AT THE SAHARA at the Geffen; HOBOKEN TO HOLLYWOOD (LA Weekly Musical of the Year winner); major cult hit THE BEASTLY BOMBING, winner of the LA Weekly Award for Best Musical and successful Off‐Broadway run at the New York Musical Theater Festival in 2007; LOVELACE: A ROCK OPERA, winner of the LA Weekly Best Musical Ensemble award, and favorite at the 2010 Edinburgh Fringe Festival; and his portrayal of famous playwright Tennessee Williams in the critically acclaimed KOWALSKI at the Two Roads Theater. Critics said of Bonnem “he fits the role like a soft slipper,” “the talented actor is out-and-out brilliant in the role,” and “personifies the Pulitzer Prize-winning playwright in spirit, mind and body leaving little to the imagination. His is a brilliant performance.”

As a former member of the award winning theatre company The Road, Curt’s credits include the highly acclaimed West Coast Premiere of MARKED TREE, the Off‐Road production THE JUNTO, plus notable roles in the award winning productions of THE PAGANS and playwright Tom Jacobson’s OUROBORUS, staged by noted LA director Michael Michetti.

Other theatre credits include GREAT EXPECTATIONS, THE MUSICAL (LA Weekly Best Musical nominee) at The Hudson Backstage; BIG RIVER at The Actor’s Co-Op; THE TRAVELING LADY at The Company of Angels, HAMLET at The Nevada Shakespeare Festival, and most notably as the star in a popular local production of the musical HAIR, directed by the show’s creator, James Rado, who dubbed Curt “The best Claude I’ve ever seen.” This production eventually took Curt to Moscow for the first ever Russian production at the city’s largest theatrical venue, The Astrada Theater, where it is still running to this day. Curt has also played famous playwright Tennessee Williams in two separate productions, CARVED IN STONE, and KOWALSKI.

Curt also frequently performs in the late night show, SERIAL KILLERS at Sacred Fools Theater, which has become a sold-out Saturday night cult favorite in the Los Angeles area. This will be its 2nd year to Fringe, where you the audience will determine this year’s winner!

Curt has also been seen in several national TV commercials and independent films including I WANT TO GET MARRIED, VISIBLE SCARS (winner of the LA Shockfest), and TRIPLE THREAT. You may also have caught him in syndication as a twisted serial killer on the CBS hit drama CRIMINAL MINDS.

His artistic aspirations extend to film production as well. He has produced, directed, edited, shot and created several short films, documentaries and music videos. Notable projects include SEAT FILLERS! which won the Oklahoma Downstream Film Festival and was named in the top 50 picks of the 2003 TriggerStreet.com online film festival, as well as the King’s X video for the song Smudge.

Currently, he can be seen as one of the stars of the hit web series OLD DOGS & NEW TRICKS as Brad King, washed up 80’s one hit wonder still living like a 20 year old rock star. Just beginning it’s 4th season, you can find it at http://odnt.tv

LA Examiner – “Curt Bonnem hits all the levels of Williams…The playwright’s deep insecurity, his sexuality, his need for approval, his vulnerabilities, his fears and his complex, painfilled relationship with his family.”

LA Examiner – “Ovation Award winner Curt Bonnem plays Williams with a wry sophistication. He has played Williams before, in the comedy Carved in Stone, and he fits the role like a soft slipper.”

Frontiers – “Bonnem as Williams perfectly captures the lilt and swagger of the playwright. His Williams is both charming and arrogant, creating a compelling man that has the confidence to know he can get whatever he wants, but also wrestling with a crippling insecurity.”

StageSceneLA – “Bonnem has played Tennessee Williams before, but never in a play as cleverly written and downright enthralling as this, and the talented actor is out-and-out brilliant in the role, a superbly multi-faceted blend of bravado, insecurity, ego, and vulnerability. Bonnem gives us a Tennessee that can charm you one minute and drive you bananas the next, just as he must have done on a daily basis with Margo and Pancho.”

Stagehappenings – “Curt Bonnem (Williams) personifies the Pulitzer Prize-winning playwright in spirit, mind and body leaving little to the imagination. His is a brilliant performance.”
James Rado (creator of HAIR) – “He is the best Claude I’ve ever seen (in Hair).”

StageSceneLA – “Curt Bonnem (Doctor, Club Owner, Leon Prima, Frank Sinatra) has been on a role since last year’s Lovelace A Rock Opera, and he shines once again in his quartet of roles, particularly as he disappears into Sinatra’s sexy skin and crooner voice.”

Broadwayworld.com – “Curt Bonnem was totally at ease with Tennessee Williams, a complicated mess of a man whose genius was incomparable … Bonnem carried it all off with panache!”

Broadwayworld.com – “The cast (The Beastly Bombing) is flawless…Curt Bonnem steals it (the show) back as a Jewish tailor and a pederastic priest.”

Backstage West – “Curt Bonnem is outstanding as Georgette’s husband, Henry Thomas. Bonnem’s characterization is so convincing we feel only sadness for him as he reveals his fatal flaws.”
ReviewPlays.com – “the roguish charm of Tennessee Williams, complete with Southern drawl, is perfectly embodied by Curt Bonnem.”

StageSceneLA – “Curt Bonnem as a Hasidic tailor…gives himself totally (and most effectively) to his outrageous role.”
The Daily Bruin – “Lt. South, played by Curt Bonnem, delivers witty lines and takes his character to extremes.”