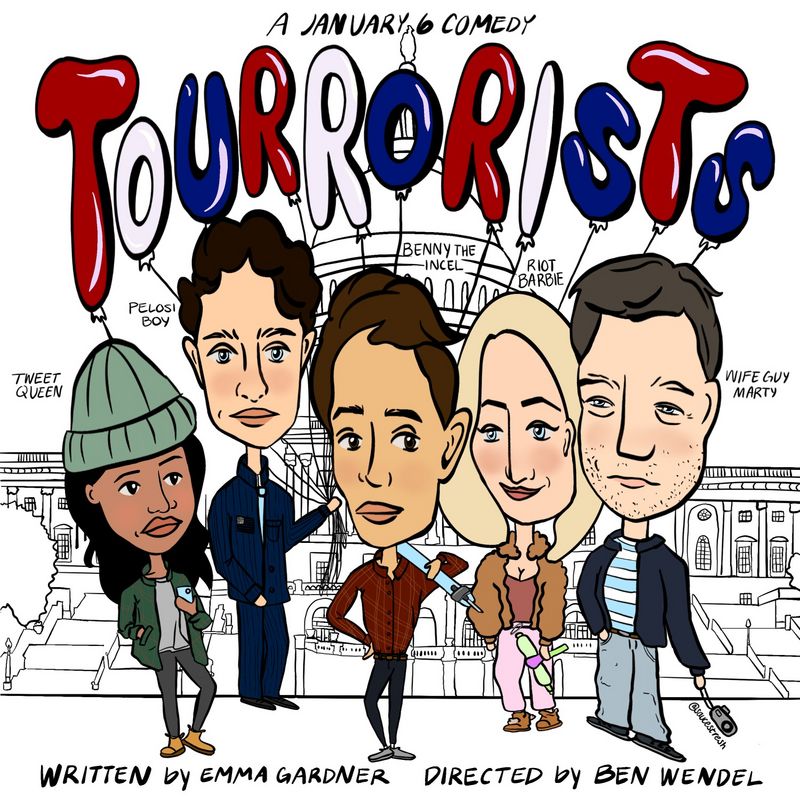 There’s a new kid in town: January 6. 9/11 has had its 20 years in the sun. It’s time for 1/6 to take its rightful seat as a progenitor of fearless satire. TOURRORISTS is the first comedy about the January 6 insurrection. Destruction of American democracy has never looked dumber.

Lest the subject matter give you pause, this play contains zero mentions of the word “T***p.” We’re not interested in giving the people at the top any more airtime. No, this is about the regular folks who thought they were going to a rally and ended up participating in the largest white supremacist attack on the United States Capitol. They’re tourists, sure, some are seeing the Capitol building for the first time, but they’re also terrorists… they’re TOURRORISTS.

Come watch our ragtag group of rioters as they take an unlicensed tour of the Capitol in the middle of the insurrection, led by a Pelosi staffer out to save his own skin.

A limited number of tickets reserved for press/industry. Please send a message to request a comp.