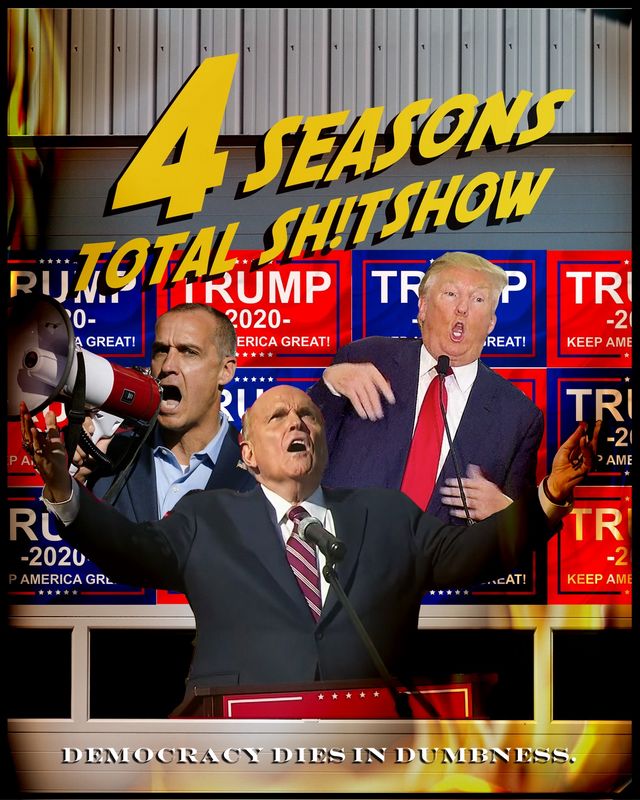 OFFICIAL WINNER OF THE HOLLYWOOD ENCORE PRODUCERS’ AWARD
Following the principle, “if you just say anything loud enough and long enough, it’s real,” 2020 campaign staffers Keri, Todd, Christianné, and — uh, another guy — race against the clock in the styles of “24” and “Veep” to change reality to fit @RealDonaldTrump’s declaration: “Lawyers Press Conference at Four Seasons, Philadelphia. 11:00 A.M.” The story is told in real time. Ish.

In addition to the challenges posed to their mission by the truth, their efforts are stymied by the head baller/shot caller of the campaign’s Advance Team who is out to steal their valor and the campaign manager whose infectiousness is not limited to his personality.

“4 Seasons Total Sh!tshow.” 50 minutes. Original material based on alternative facts. Any similarity to actual persons or events is purely coincidental. Except for Donald Trump. Written by Aaron Michnowski. Produced and directed by Hiro Korsgaard.