In the Tides of Love 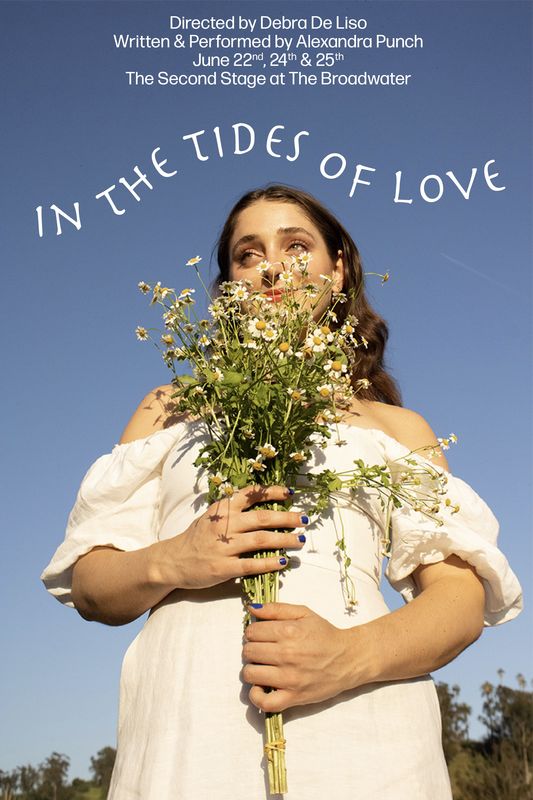 “Have you ever thought back on a moment in your life that you didn’t think defined you very deeply and then realised you were wrong? That maybe that thing actually shaped you much more profoundly than you gave it credit for?”

Morgan is a 22 year-old college student who has spent most of her life feeling somewhat outside of herself; an observer of her own narrative. But when her therapist encourages her to tell her story as a way to process her experience, we are welcomed into the inner workings of a complex young woman wrestling to make sense of the world in which she finds herself.

As she recounts her run-ins with sex, love, heartbreak, and life, Morgan muses on what it means to be a Romantic in a world that doesn’t value it; navigates the messiness of sex and what she wants from it; and begins to mend her relationship to self, arriving at the realisation that perhaps she does indeed deserve what she desires from it all.

Having recently earned a BA in Acting with a minor in Cinematic Arts from the University of Southern California, Alexandra Punch is an emerging talent in LA. Originally from Sydney, Australia, Alex has worked on numerous stage and screen projects and has spent the last two years diving into producing, writing, and directing too. She starred in USC’s production of The Cider House Rules and recently co-wrote, executive produced, and starred in a SAG Short Project. As she moves into the first phase of her professional career, Alex is excited to continue producing original works and telling stories that remind us of the universalities inherent in the human condition.

Debra De Liso is a critically acclaimed actor, writer, and director. She delights in the development of original solo plays and films with new and seasoned writers. Debra is the recipient of the Rainbow Award from the LA Women’s Theatre Festival for her decades of work in forgotten communities, including artists with disabilities, institutionalized teens, and incarcerated women. She has dramaturged and directed over 700 original solo plays which have garnered several awards in Los Angeles and New York City, as well received plays at the Edinburgh Fringe Festival.

After writing her master’s thesis The Physicalization of a Role, she received a fellowship to earn her M.F.A. at UCLA where she wrote her first solo play The Nurse June Show about her disabled mother. Debra developed Theatre of Compassion playwriting workshops to build healing bridges by stepping into another person’s life for an evening of theatre. She continues to enjoy teaching theatre classes at AADA and USC for over twenty years. Debra’s theatre into film production company, Walk A Mile Works, elevates original projects for voices that are not always heard.
For more info see www.debradeliso.com

MASKS ARE STRONGLY ENCOURAGED IN THE THEATRE.