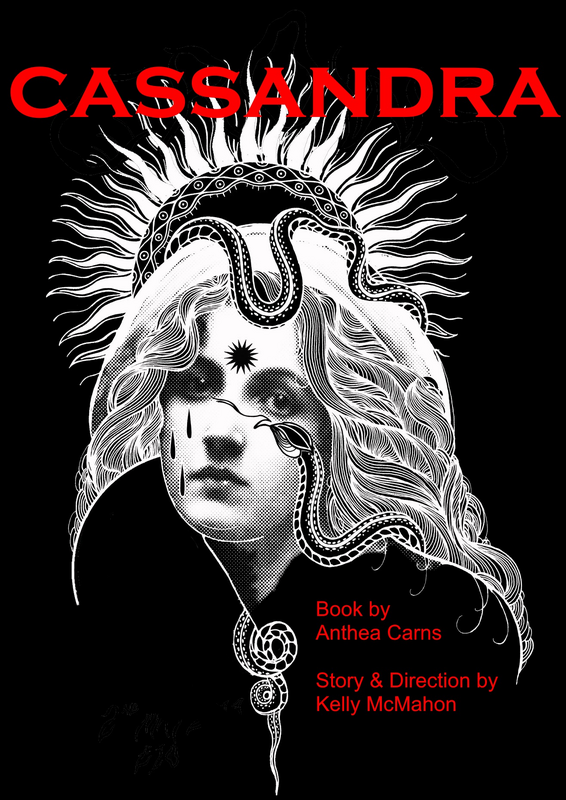 CASSANDRA is an original chamber musical, comprised of a story by Kelly McMahon, a book by Anthea Carns and the songs of Patti Smith. After centuries of having men write about her – and put words in her mouth – Cassandra is given the opportunity to tell her own story. Invited by The Three Fates, she relives and reflects upon her life, her prophecies and the relationships she has with the three important women in her life – her mother (Hecuba), her avenger (Athena), and her murderer (Clytemnestra). Most powerfully, she considers a question we all can find resonant: if you know your actions can’t or won’t change things, why do you bother?

CASSANDRA was never intended to be a “Patti Smith Musical”; her songs were first used as stand-ins during the development process. But after various attempts at original music for the piece failed, Kelly and Anthea realized they were getting a sign of their own from the gods: there was just no one better to give lyrics to Cassandra’s story than the Godmother of Punk.

PLEASE NOTE: IN THE INTEREST OF SAFETY FOR OUR PERFORMERS AND COMMUNITY, MASKS WILL BE REQUIRED FOR AUDIENCE MEMBERS ATTENDING THIS PRODUCTION.