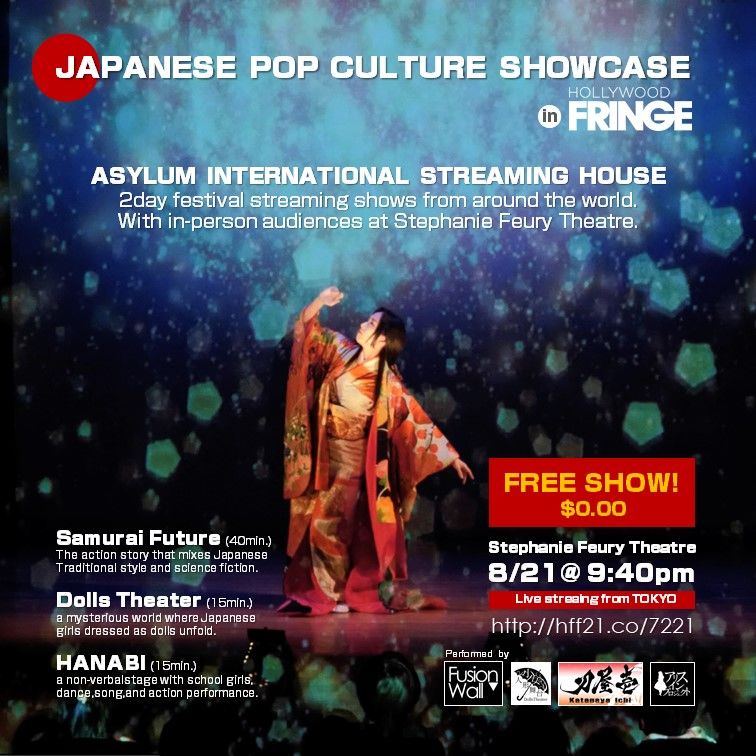 “THIS IS FREE SHOW!”
PLEASE CHOOSE TO WATCH THE THEATRE OR STREAM AT HOME.

This work consists of three stories.

In 1582, after a long civil war against each other,
Higashi-no-Miya and Kyogoku were both worn out and concluded an armistice agreement.
After that, a national boundary was set in Sekigahara.
As time goes by, in 2063, Higashi-no-Miya
Between the two nations, an information warfare was going on below the surface.
Meanwhile, the engineering department under Higashi-no-Miya’s government has succeeded in the development of a time portal.
They planned to go to the past and murder the ancestor of Kyogoku’s president, in order to unify the country as one.
To prevent the past from being altered,Nobunaga’s descendants go to the past!

This is a new dance drama that adds Scandinavian marionette dance and
French pantomime to the work of the Japanese classical performing art
“Bunraku Ningyo” that has continued since the Muromachi period about 800 years ago.
Please enjoy the infinitely delicate puppet dance that expresses emotions not by facial expressions but by actions.

Alicein Project is a theater company that produces theatre shows only running by young actresses or girl idols.
In collaboration with the local people all around Japan, we provide theopportunities for the local actors to appear on the stage.
We’ve been mainly making science fiction drama works.
We are looking for the partners who would like to cooperate with for us in creating new works.