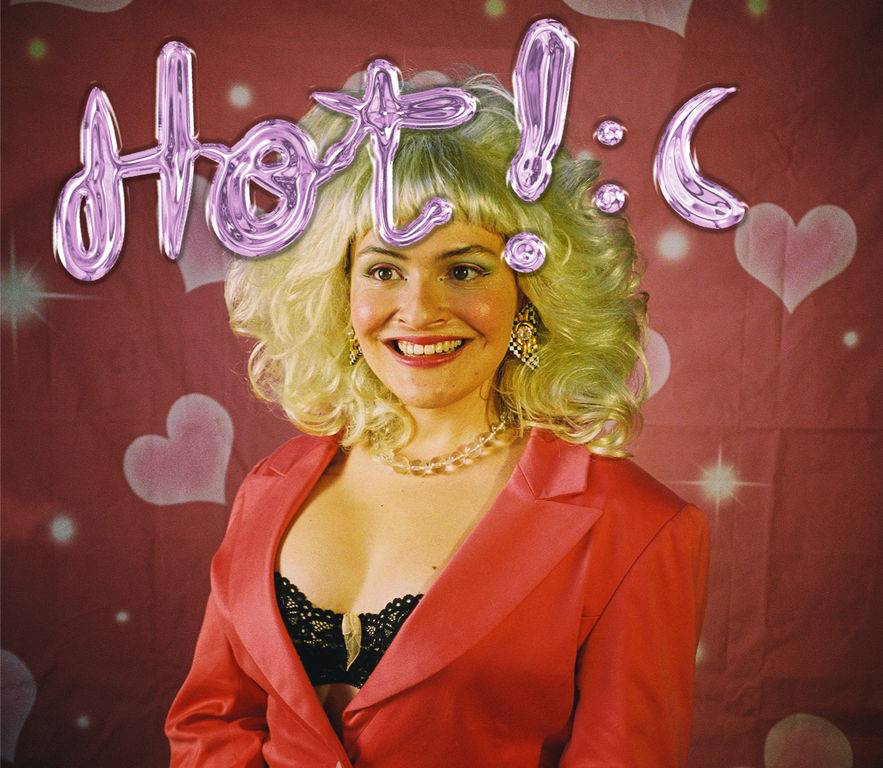 “****OFFICIAL WINNER OF THE HOLLYWOOD ENCORE PRODUCERS’ AWARD ****”
molly Kirschenbaum is trans-non-binary. They use exclusively they/them pronouns, have been out for years as queer…they have a mullet. Can you say #pride? Wait, don’t <3. But WHY, given all of these gay little factors, are they still completely addicted to womanhood?
In Hot! :( , an ironic pop concert, Kirschenbaum grapples with wanting to matter, and how wanting to matter became wanting to be beautiful, and how wanting to be beautiful became the fear that beauty is unachievable. Through songs like “Put Down Ur Phone And Look At Me,” “I’m A Pop Star”, and “One-Person Show”, botched coming out stories, and a reenactment of that time they won that award in High School for having a dead dad, Kirschenbaum explores their need for male validation, wanting to feel special, why they want to look like either a German schoolboy or Angelyne and nothing in-between, what grieving a former self looks like, how we all suffer at the hands of gender, and how to handle being painfully, transcendently hot.
Hot! :( is playing at Asylum Arts’ Stephanie Feury Theater, 5636 Melrose Ave, Los Angeles, CA 90038, August 14th, 18th, and 20th, with an Encore performance on September 23rd.

molly Kirschenbaum is a queer, trans, non-binary Jew from Los Angeles. They are not blonde, which is sad. They are a writer, musician, and comedian, and amateur puppeteer. Currently, you can find them wondering if you’re mad at them.