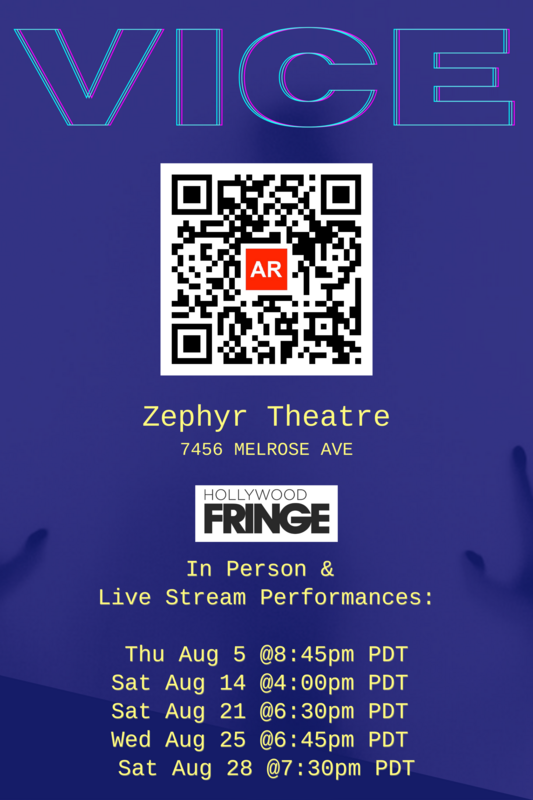 On the day of the show, please arrive early to allow time for parking and checking vaccine cards at the box office.

“Vice” is a sci-fi live theatre-film hybrid that explores the devastation and hope within imagined futures, and ultimately asks: How can you fight to survive when you have been programmed out of existence? How can you reach someone whose vice is a reality where you do not exist?

In Act One, those who inhabit Earth survive in two differently evolving realities: those who join the United World Federation slip further into the beautiful worlds shaped by virtual and augmented reality implants, while Terrestrians, who believe in the importance of remaining earthbound, are pushed to the outer reaches of the globe.

In Act Two, the discovery of valuable minerals draws unwanted attention to the barren lands the Terrestrians have come to call home. Unrecognized by the UWF’s law enforcement cyborgs, the Terrestrians who live outside the bounds of Reality V.6.2099 must literally fight to be seen and heard in order to survive the ruthlessness of profit-seeking citizens of the UWF. Terrestrians must find ways to breach the augmented and virtual realities that have programmed the Terrestrians’ invisibility into the realities of their adversaries before it is too late.