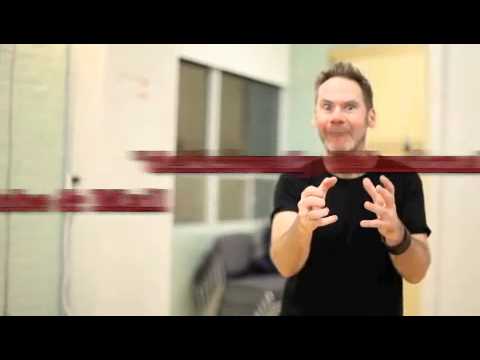 Four people fight like hell to get what they want over three hours during an Arkansas blizzard. Julie is a middle-aged housewife who is pregnant but doesn’t want to be a mom again; Charlie, her husband, wants a second chance at fatherhood now gives his affections to a calf; Wilson is Charlie’s best friend and lover who sees tonight as her one chance at true love; and, Dol is a trans-dad who’s lost his health insurance and hopes the Atlanta doctors he is going to meet will help him finish his transition. High stakes, hilarious and heart-breaking, The Drifts Live is a theatrical performance of excerpts from the novel, “The Drifts” performed by its author, actor Thom Vernon (The Fugitive, Seinfeld, Grace Under Fire, General Hospital, etc.) . Follow us on Twitter at @TheDriftsLive and on Facebook at https://www.facebook.com/#!/THEDRIFTS

“I would drive 50 miles out of my way to see…the comical and likable Vernon….” — New City, Chicago

“If you appreciate Carson McCuller’s classic debut novel, The Heart is a Lonely Hunter, you must read Thom Vernon’s The Drifts. This magnificent first novel by this U.S.-born, Toronto-based actor-turned-writer offers up jaded Southern Gothic characters without the sweltering heat…It’s poignant, forceful, compelling, suspenseful and wry. Vernon is a gifted storyteller with an aptitude for psychological realism. This fine book is a distinct contribution to CanLit and a great contemporary twist on the Southern Gothic tradition.”
—The Globe & Mail

“Remember Edward Albee’s two hair-raising couples in his 1962 play, Who’s Afraid of Virginia Woolf? Meet Julie and Charlie, and Wilson and Dol — different, most certainly, but nevertheless they too are reminders of the riveting, strangely poignant quality of the momentarily and fantastically deranged, at least when rendered in fiction….” —Brenda Brooks for Book Club Buddy

“The setting may be rural, the dialogue twangy with notes of small-town South, but the themes are contemporary. It’s a study of the politics of gender, sex and power the author handles deftly, and with grace and compassion.

Not just a character novel, a taut suspense propels The Drifts. Weather is a harbinger here, the raging snowstorm, the “sullen ocean of Arkansas night … the fomenting sky exploding down upon us” an ominous portent of what is in store for the story’s central quartet while

“History was like the cold air, it was like the weather,” Wilson reflects. “The weather changes you. Whether it’s your history, your memories or your sex – they all shape how we move through our days. We bundle up against ‘em or get into the fold of their cool shade.” — The Telegraph Journal

“…the marriage of vaudeville ‘Frank & Mary and Mr & Mrz Burnett’…sketch and song that feels like an evening’s entertainment at a subversive summer camp or an episode of ‘The Dick Van Dyke Show’ as written by Edward Gorey….The author of these surrealist skits, Thom Vernon…elastically alive, like a silent film comic…” — LA Times

“Thom Vernon, who plays the father, is also convincing in his peripheral role of a man who is both cold and almost magically charming. Vernon’s at once fanciful and abruptly violent moves let the audience see-rather than merely be told about-the complex nature of the character.” — Chicago Reader