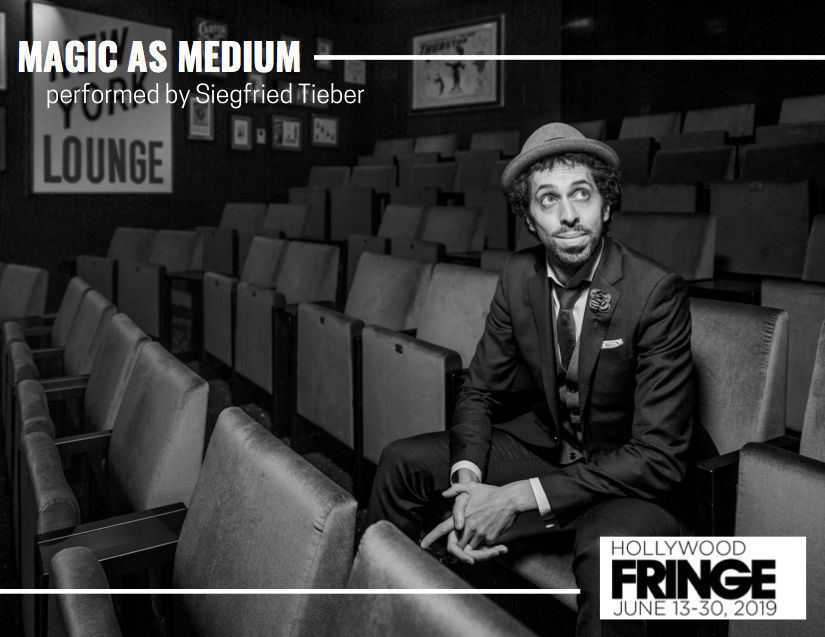 An exploration of classic and neoclassic pieces of magic, viewed from a contemporary perspective. This interactive performance invites audience members to become active participants.

Performer and cowriter Siegfried Tieber has been featured in prominent media outlets such as Huffington Post, Los Angeles Times and Forbes. In 2015, Siegfried headlined at the Edinburgh Fringe Festival, the largest arts festival in the world, and in 2018 Time Out NY listed his show See/Saw as #1 in its “The best magic shows in New York City.”

Jon Armstrong – Artistic Director: Jon Armstrong is an internationally acclaimed sleight-of-hand artist, lecturer, and consultant. He has received numerous honors including Close Up Magician of the Year awarded by the world famous Magic Castle/Academy of Magical Arts, where he is a regular performer.

Jared Kopf – Cowriter: Jared Kopf is a poet based in Dallas, Texas. His work has been featured in multiple countries around the world and his publications “Vaticinium ex Eventu” and “Nothing but the Family Deck” have received critical acclaim. Mr. Kopf is considered by many one of the most influential thinkers in his field.