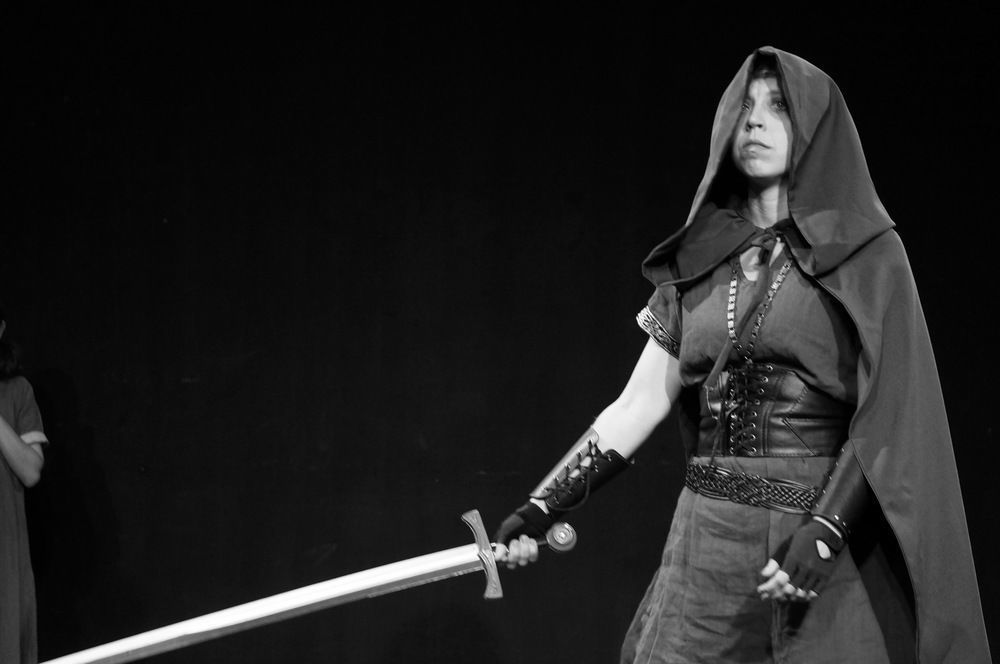 “Hilarious… I was laughing the entire time… This show will most likely be a standout show this year.” –LA Theatre Bites

“Consistently funny… the ensemble is talented and clearly having a good time.” – Stage Raw

“Welcome to the Queendom… The entire audience found ourselves struggling to catch our breath after each laugh… Witty, hilarious, and all-out ridiculously fun, this show is an absolute riot from beginning to end… if this show isn’t on your radar it needs to be.” – Mike-Check.com

After a historic run at the Sacred Fools “Serial Killers” tournament, The Book of Briarshire finished in the semi-finals with four awards but never getting to finish their story. Come see the thrilling conclusion! Our heroine Ylva (played by Moore) wants nothing more than to become a knight and live up to her father’s legacy, so she quests to slay The Dragon (played by Lindsey Mallard) along with her clueless sister Skittles (played by Emily Bolcik) who frequently breaks into unsolicited/undesired freestyle raps. Along the way, they encounter magic, soldiers, elves, and even… a cobbler. Written by and starring Kelly Moore. Directed by Colleen Doyle. Produced by Conor Hanney.

elf on the shelf