What I Never Told You 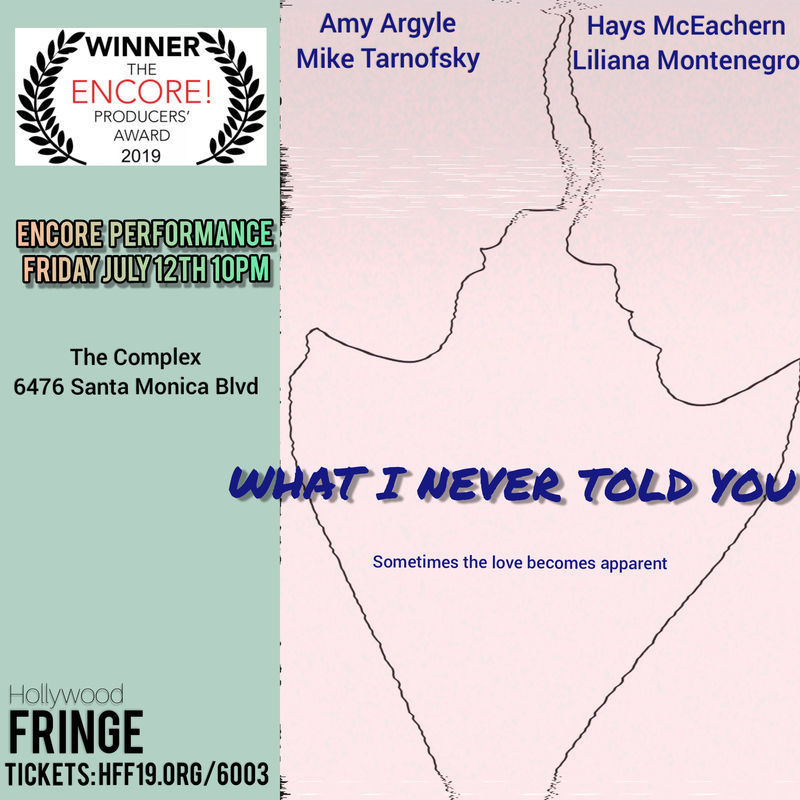 Alysha and Nick have been together for 7 years, never married and no children.
After Nick arrives home beyond fashionably late for a much needed date night out, he and Alysha begin down the road of discussing their relationship. Through arguing over things all couples can relate to, laughing at old memories , sharing secrets, insecurities, and honest thoughts of how their life could be, they ultimately remind themselves how deep their love is. A knock on the door, however, brings the world crashing down around them.

*Special note from lead actress and producer Amy Argyle-
I saw this play in Mexico City in December (that’s a whole fun story) and even though I did not understand what was being said (the show was in Spanish) I was in tears at the end.
After finding out what it was fully about and what happened in real life to the writer, Paus Marron, that inspired the story, I immediately grasped my heart and asked her if I could bring it to LA. She translated it, and here we are!

The performances are dedicated to my Cousin Matt and his wife JeT’aime.