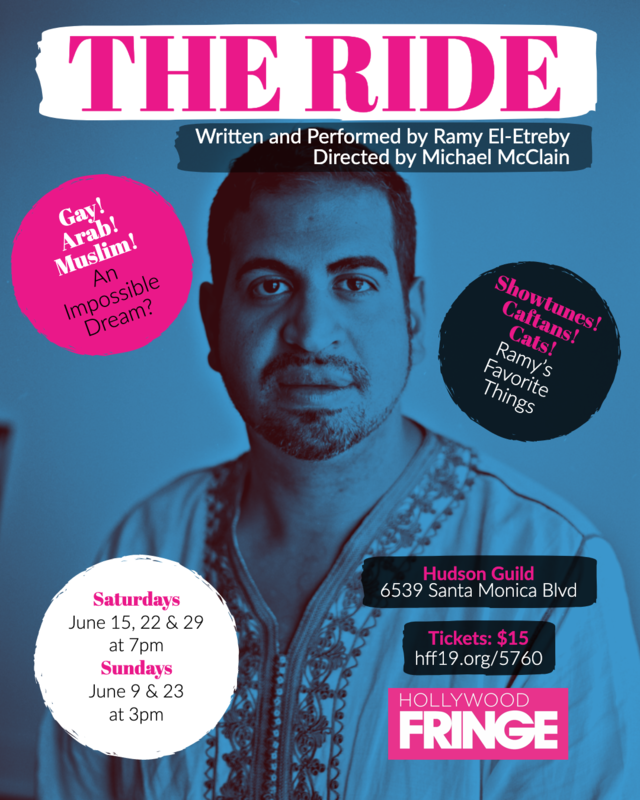 Written and performed by Ramy El-Etreby, THE RIDE is a tale about struggling to reconcile seemingly conflicting identities: Gay, Arab, and Muslim.

After being outed publicly in the LA Times, Ramy’s world is turned upside down. As his relationship with his family becomes strained, so does his faith in God. THE RIDE takes Ramy down a dark hole where he loses touch with the most precious parts of himself. Featuring multiple characters from Ramy’s life: his Egyptian immigrant parents, his caring best friend, and his snarky “catterpist” (that’s his cat/therapist), THE RIDE offers lessons learned on Ramy’s bumpy road from self loathing to self love.

THE RIDE is a proud recipient of the 2019 Fringe Diversity Scholarship. THE RIDE first premiered at the Whitefire Theatre in Sherman Oaks as part of Solofest 2016, the largest solo theater festival on the West Coast. Last year, THE RIDE was featured at the Flux Factory in NYC as part of Mark For Redaction, an inter-disciplinary art show featuring LGBTQ artists from the Arab diaspora.