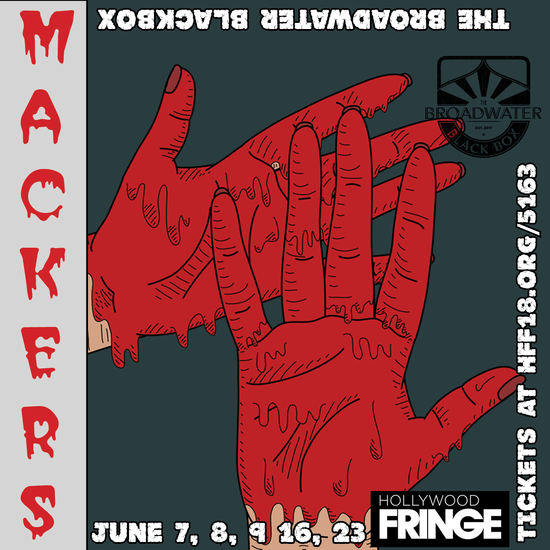 Papier-mâché men and fishnet women, rock bands and iambic pentameter, come explore the murderous and the supernatural with this troupe of singers, clowns, and dramatists. No two performances will be the same!

For MACKERS!, director Rose Bochner painstakingly cut out half the play, attempting to keep only the funny stuff. Somehow the show still runs like 80 minutes with no intermission. Mining for comic gold while honoring dramaturgy and the text makes this production of Shakespeare’s classic psycho-thriller an inventive combination of the traditional and the strange.

Audiences are encouraged to have a couple cocktails and a nice dinner before arriving a little early for the live pre-show music. Get loose and rock with us as you awkwardly hug that guy your friend brought that you randomly met once and are pretty sure’s named Kyle. Let us lull you into a false sense of security and then slap you in the face with Shakespeare realness. Even people who hate Shakespeare will probably like this.