Too Many Hitlers or: The Decoy Decameron 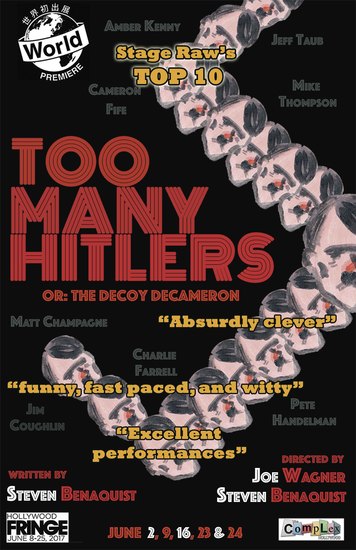 In a bunker in Berlin in the final days of WWII, a dictator takes shelter, and so do his decoys. As the bombs fall they sing, fight, and try to decide which of them is actually the Führer. How many Hitlers are too many? For some, one is plenty. Others can’t get enough.