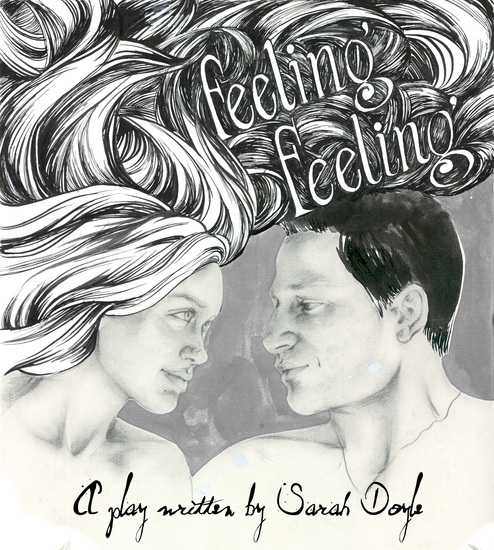 What happens after the fairy-tale ending?

Darla feels too much. She drops her toothbrush down the john and it’s tears before bed. Dave doesn’t feel enough. No matter how bad things get, it’s water off a duck’s back. Who has the problem? Can it be treated? And what do you lose when you’re busy compromising?

Set over the span of twelve years and four consecutive Summer Olympic, FEELING FEELING follows the games and shames of one devastatingly familiar couple, humorously exploring the pandemonium of human emotion and posing the question, is love enough?

“Maintaining a caustic wit…(Doyle’s work) embodies the spirit of the Fringe in its quirky willingness to ask questions and refuse to give platitudes as answers.” LAist (Los Angeles, 2010)

“Some understated but assured writing from Sarah Doyle that handled humour as well as it did pathos. Genuine laughs here, and some moving moments.” – Drum Media (Australia, 2009)